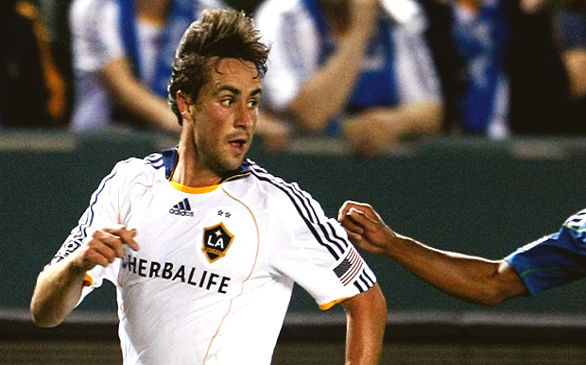 The Los Angeles Galaxy experienced their second defeat of the 2010 MLS campaign after host New England Revolution collected a 2-0 win in Foxborough, Mass. With the loss, the Galaxy dropped their record to 11-2-3 with a total of 36 points. The squad still holds the best mark in the league after having played in 16 matches. What is more vital to the club is that they linger in first place of the Western Conference as of now.

New England, on the other hand, improved 4-9-2 in their disappointing season thus far. They carry 14 points, which is good enough for a fifth spot in the Eastern Conference.

A team that had a 347-minute scoreless streak, the Revolution managed to nail two scores within a span of seven minutes. Midfielder Marko Perovic netted a free kick in the 67th minute before midfielder Sainey Nyassi added the other in the 74th minute off a rebounded loose ball in the box.

Forward Edson Buddle had limited scoring opportunities throughout the contest, but he was unable to drive a score into the opponent’s goal net. The Galaxy’s captain and leader Landon Donovan and central defender Omar Gonzalez both did not compete in the game. Donovan was given the trip off because of fatigue attributed to the great World Cup playing he embodied in the USA’s bid in South Africa. Gonzalez served a one-match suspension due to yellow card accumulations.

“Landon obviously would help, but we didn’t do a good enough job of keeping the ball and possessing it,” Galaxy defender Todd Dunivant states on the team’s Web site.

Los Angeles remains on the road, as they now travel to the nation’s capital to face D.C. United on Sunday, July 18, for a 4:30 p.m. kick-off. After their two-affair road trip, the Galaxy return home to square off against the San Jose Earthquakes on Thursday, July 22, at the Home Depot Center for a 7:30 p.m. start.