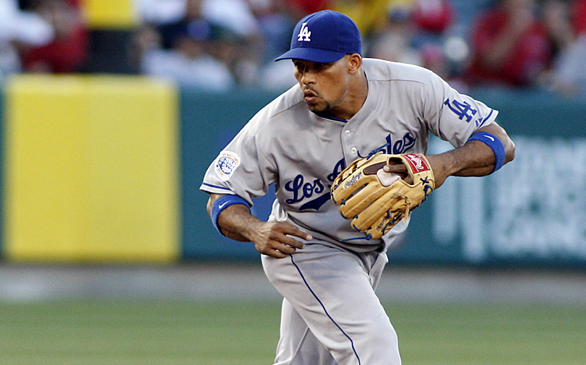 The Los Angeles Dodgers have taken a much-needed break for this season’s All-Star festivities. Los Angeles holds all the key tools necessary for their current and future success of the 2010 campaign.

What remains a mystery to soon be solved is what the organization will do before the trade deadline. Will they ship Manny Ramirez for arm? Will they seek starting and relief pitching? Will they seek other bats?

One thing is certain, and that is Joe Torre’s guidance in leading the squad into the playoffs yet another year.

After the three-day break, the Dodgers return to action Thursday, July 15, in St. Louis as they begin a four-game series against slugger Albert Pujols and the Cardinals.

Two More Headed to All-Star Game: Initially, the Dodgers only had two players selected for this season’s All-Star activities in right fielder Andre Ethier and closer Jonathan Broxton. However, shortstop Rafael Furcal and set-up man Hong-Chih Kuo were added days prior to this campaign’s American League versus National League meeting at Angel Stadium in Anaheim July 13.

Team Misses Out on Lee: It is no new news that the Dodgers need an ace in their starting pitching rotation. Rumors emerged about the club acquiring stud Cliff Lee, but he landed with the Texas Rangers this past weekend. The former Cy Young winner would have been an essential pick up for Los Angeles, but they did not pull the trigger on the acquisition. Now, it is unsure if they have anyone else in mind that could be cheap.

NL West Standings: As of now, the National League West Division is up in the air. A total of four of the five teams in it are playing good baseball. The San Diego Padres (51-37) are in first place, followed by the Dodgers (49-39, two games back), Colorado Rockies (49-39, two games back) and San Francisco Giants (47-41, four games back). Pitching will determine the eventual winner.

Padilla Pitches Above Par: Nicaraguan Vicente Padilla boosted the Dodgers’ starting rotation after an impressive eight innings of shutout work in a 7-0 victory over the visiting Chicago Cubs on Sunday, July 11. Padilla threw 106 pitches while striking out six, walking just one and surrendering two hits. He improved to 4-2 on the year, while lowering his ERA to 4.04.