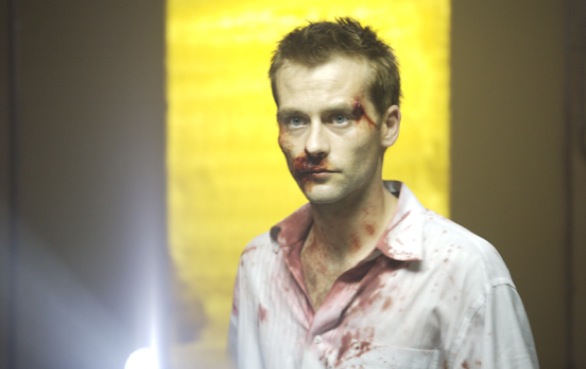 If the opening scene was trying to set the tone of this action-thriller-comedy, it didn’t.

From across the street we can see a man sitting at a coffee shop as a woman approaches and asks to join him. They exchange words that are delivered with so much monotony that immediately I had my suspicions that the woman was actually an alien – maybe not the best way to start Operation: Endgame, which survives on its mainstream cast and action appeal.

The two aforementioned characters who open the film are government assassins on Jan. 20, 2009 – the date that President Obama was inaugurated. The agents speak in code because the average citizen does not know of the existence of the two rival teams, Alpha and Omega. It’s a little hazy as to what exactly they are supposed to do, but apparently they’re responsible for maintaining large boxes of files about past presidencies and the screw-ups that were never made public. Think Watergate, over and over again. At some point, however, the new guy code-named “The Fool” astutely recognizes the fact that Alpha and Omega negate each other. So what’s the point?

It turns out that, due to the death of the boss (Jeffrey Tambor), the underground headquarters where they work will self-destruct in a couple hours. The agents break off in twos, one from each team, which proves to be detrimental to their lives. Let the bloodbath begin! “The Fool” (Joe Anderson) has to find the killer, survive his coworkers’ onslaughts and escape from the explosive office space.

I hate completely bashing a film because I can honestly say that it tried very hard to do some things right. In many ways, it reminded me of Kill Bill and [insert government conspiracy movie probably starring Mel Gibson]. It didn’t have the budget of Inception or the genius of Christopher Nolan, but the film worked hard to bring something new to the table.

However, it could have done better. The cast included an extremely vulgar Ellen Barkin who would make Russell Brand blush and Emilie de Ravin whose murderous giggle was the scariest part of the hour and 20 minutes. Zach Galifianakis typically charms audiences instantaneously via his bushy beard, but he’s unable to reconcile this role as a psychotic “Hermit” with his past role as Alan from The Hangover.

I love dark comedies that can take on several genres and still keep the audience interested, but Operation: Endgame could have used a little more time on the writer’s desk before fruitlessly taking everyone’s time and dime.


Operation Endgame releases in select theaters July 16.
Article posted on 7/15/2010
This article has been viewed 3729 times.