Dodgers at the Crossroads 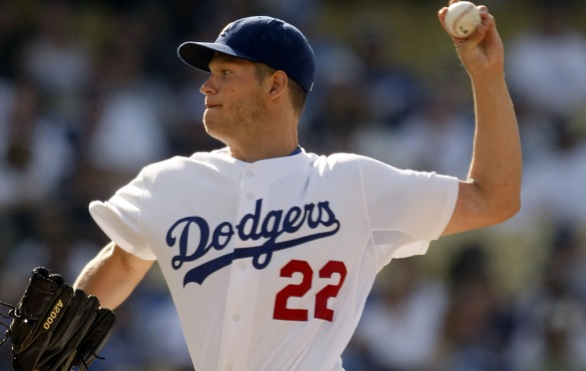 Somebody, please stop the bleeding! Barely a week out of All-Star break and the Dodgers have hit the worst skid of the season. The pitching is in disarray, the bats are silent the moment they are needed most and the good luck fairy is splattered across the windshield. Every new day seems to bring another bizarre event disfavoring the Dodgers. The most recent occurring against the Giants on July 20 with the Dodgers up by one run and Jonathan Broxton on the mound. Manager Joe Torre had been ejected from the game after the Dodger bench had been warned, and starting pitcher Clayton Kershaw hit a batter. Don Mattingly, as acting manager, came out to have a word with Broxton. As he walked back to the dugout, he turned back and approached the mound. Unh-unh, can’t do that.

Giants manager Bruce Bochy ran out onto the field to protest. The official rule requires that the pitcher be taken out if a coach goes to the mound for a second time. So, out with Brox and in trotted Mr. Disaster himself, George Sherrill, who promptly gave up a two-run double. Before the damage was done, the Dodgers found themselves down by two runs only to go softly in the bottom of the ninth. And so it has gone for the Dodgers recently, and the search has begun for a magic elixir to make things better again. As the season moves into the month of August, these games are especially pivotal.

In the next two weeks the Dodgers will be playing the first-place San Diego Padres a total of seven times. They will also face the second-place Giants and the New York Mets, second in their own division. Down the stretch they have the toughest schedule in terms of teams with winning percentages. What happens in the coming weeks will likely have a long-term effect, because if the Dodgers can manage to get within striking distance of first place, the folks upstairs will be more likely to throw down some cash for a decent starting pitcher.

If the Dodgers only slip further, the season will be chalked up as a wash, although few in the organization will say so publicly. Manager Joe Torre, with his mysterious gift for thinking positively, offered this take on the matter: “We have had some strange things happen, but this is a test and we are going to have to bounce back and re-establish what kind of club we are.”