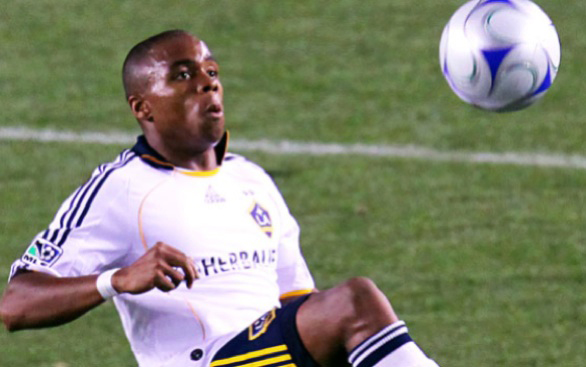 It was a battle for California, as the Los Angeles Galaxy hosted and tied the visiting San Jose Earthquakes 2-2 on Thursday, July 22, at the Home Depot Center.

“It was a poor start to the game. For whatever reason, we came out and were sloppy for the first couple of minutes,” Galaxy head coach Bruce Arena points out. “We positioned ourselves to chase the game.”

The draw moves the Galaxy’s record to 12-2-4 with 40 points; they remain atop the Western Conference standings and are the first MLS squad to hit the 40-point mark this season. Meanwhile, the Earthquakes go to 6-4-5 with 23 points as they sit alone in fourth place.

With the Galaxy being down a score late in the game, striker Landon Donovan rescued the team from a loss with a game-tying goal in the 90th minute. Donovan managed to collect his third goal of the season off a rebound inside the goalkeeper box.

“I’m obviously satisfied getting an equalizer at the end of the game, and I’m more than satisfied with the way we attacked tonight and created chances,” Arena remarks.

For the Earthquakes, midfielders Bobby Convey and Brandon McDonald tallied scores in the third and 72nd minutes, respectively. San Jose took an early lead off Convey’s 14-yard shot, but forward Edson Buddle responded 14 minutes into the second half. Buddle, who grabbed his MLS-best 12th goal, placed the ball into the back of the net from three yards out.

“It went in. It was a tough ball. It skipped and was bouncing,” Buddle states. “It went past Alan [Gordon] and a defender.”

McDonald gave the Earthquakes another edge with his shot from four yards, but Donovan and the Galaxy found a way to knot the score in the end.

“We had a lot of pressure on them and we kept going,” Donovan says.

Ronaldinho to Play for Los Angeles?

There is much talk lately about Brazilian superstar Ronaldinho signing and playing with the Galaxy, but, apparently, it is only a rumor for now. The midfielder currently plays in Italy for AC Milan, which was David Beckham’s last European club. Rumor has it that Beckham is in favor of Ronaldinho coming to play alongside him at the Home Depot Center.

However, the club’s Vice President Adriano Galliani made it clear that Ronaldinho is not for sale. “He is a Milan player. We will not give him up. The hypothesis should not even be considered,” Galliani told gazzetta.it. “He has never asked to be transferred. He will remain at Milan next season, and I hope even longer. It’s true Galaxy are interested in him. After David Beckham, they want another star, but Galaxy will have to wait for many more years.”

Donovan Close to a Transfer?

Donovan, the most celebrated player from the United States, is being linked to another English Premier League club yet again. This time, Manchester City is interested in the American asset.

Donovan’s desire to play in England for a substantially lengthy period is no secret. Yahoo Sports’ Martin Rogers reported that the Galaxy are ready to sell Donovan, but only if the price is right and includes an inflated “silly money” transfer fee. Manchester City’s head coach Roberto Mancini confirmed his interested in bringing Donovan to England, but the Galaxy are looking for $20 million for the acquisition to occur.

The Galaxy have quite the veteran group in their organization, but their profound success cannot be credited to them solely. Several young players have had much to do with how well the club is performing this year, as well as last season’s display.

Defenders Sean Franklin and Omar Gonzalez are solid in the back line. They both received the MLS Rookie of the Year during the last two years, respectively.

Newcomers Michael Stephens, a midfielder product of UCLA, Brazilians Leonardo (defender) and Juninho (midfielder), defender A.J. DeLaGarza and forward Tristan Bowen have contributed substantial time. Bowen, a native of Van Nuys, is the youngest player on the roster, and he seems to possess a great deal of talent.