The Losers, Repo Men and More 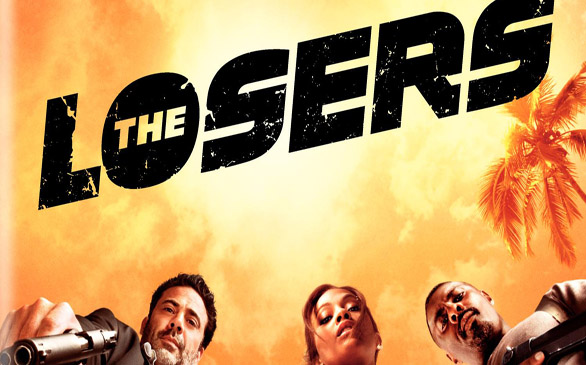 Action! A black ops unit finds itself double-crossed and left for dead in the comic book adaptation The Losers. Now the team, led by Jeffrey Dean Morgan (“Supernatural”) and Idris Elba (“The Wire”), is out to settle the score.

Repo Men, a futuristic action-thriller, stars Jude Law and Forest Whitaker as two agents who track down recipients of valuable organ transplants who are behind in their payments. But an accident soon finds Law on the other side of the hunt.

Ron Perlman and Joe Pantoliano star in the darkly comic thriller The Job.

Tom Selleck returns in the title role of Robert B. Parker’s Jesse Stone: No Remorse.

Funny Business: Bruce Willis and Tracy Morgan are this year’s mismatched white cop/black cop duo in Cop Out. Willis employs Morgan to help him track down his stolen rare baseball card in order to pay for his daughter’s wedding. Kevin Smith directs his first non-writing gig.

The Vault: Dennis Hopper stars in the Australian grindhouse classic Mad Dog Morgan. Based on a true story, the film follows a gold prospector who is beaten and left for dead in a corrupt frontier town. But he returns as Mad Dog Morgan to get his revenge.

Stranger Than Fiction: Life After People: The Complete Second Season uses stunning CGI to show what the world will look like after we’re gone.

Huxley on Huxley is a portrait of Laura and Aldous Huxley and their avant-garde lifestyle in 1950’s Los Angeles. Included are interviews with the Doors’ John Densmore, Ram Dass, Nick Nolte and others.

Also available: The Art of the Steal, Speaking in Code, Joan Mitchell: Portrait of an Abstract Painter

Foreign Fare: Stieg Larsson’s international phenomenon The Girl With the Dragon Tattoo comes to DVD. The film follows a journalist and a hacker as they investigate the 40-year-old disappearance of a woman.

In Toon: An all-star voice cast lends their talents to the animated adaptation of Judd Winick’s classic graphic novel Batman: Under the Red Hood.

Cartoon Network’s Courage the Cowardly Dog: Season One deftly parodies horror movies through the eyes of the title character.

The Idiotbox: Legendary British comedian Stephen Fry travels to each of the States in a black London taxi, discovering what makes each unique in Stephen Fry in America.

A captured master conman lends his expertise to the FBI in White Collar: The Complete First Season.

An angel comes to offer a hard-drinking detective (Holly Hunter) a chance to redeem her soul in Saving Grace: The Final Season.

Blu Notes: Al Pacino, Hilary Swank and Robin Williams star in Christopher Nolan’s remake of the Norwegian thriller Insomnia. Pacino plays a detective who follows a killer to Alaska, where the sun never sets. His mind soon begins to unravel as he goes without sleep.