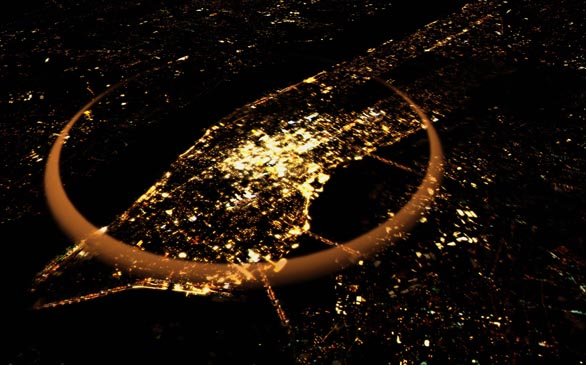 A scene from Countdown to Zero
(Credit: Courtesy of Magnolia Pictures)

What’s easy to obtain, difficult to detect and quick to destroy? That would be the incalculably dangerous atomic bomb. Over the years, a multitude of movies have entertained the idea of the end of the world, but there are usually completely fictional backdrops as the reasoning.

Countdown to Zero explores the chillingly real history of the atomic bomb and questions its existence. The film provides insight into the horrifying realities of possible terrorism and other fatal outcomes.

Since the atomic bomb’s first blast in 1945, an escalating number of countries have acquired nuclear weapons.

In 1961, President John F. Kennedy said, “Every man, woman and child lives under a nuclear sword of Damocles, hanging by the slenderest of threads, capable of being cut at any moment by accident or miscalculation or by madness. The weapons of war must be abolished before they abolish us.”

With President Kennedy’s proposal, the filmmakers present factual evidence on weapons of mass destruction by investigating the likelihood of an accident, miscalculation or madness. Countdown to Zero examines the possibilities of stealing, buying or building a bomb. Whatever the means of obtaining a bomb, the outcome can nonetheless be deadly.

Countdown to Zero argues that in order to eliminate threat, you must first eliminate weapons. To lighten the film’s somber tone, Walker adds a few amusing bits into the mix by interviewing people on the street.