The Fox, The Snake, and The Bear: Who is more violent? 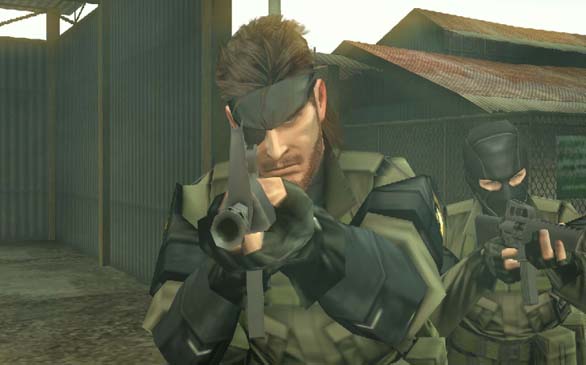 For all of the complaints, video games and violence are two great tastes that taste great together. Now, this isn’t to say that children should have access to the bloodiest of titles. They should only have access to games that are as wholesome as we were when we were kids. For me, those games include “Doom,” “Mortal Kombat” and “Splatterhouse.”

But for those of us who are old enough to take responsibility for our actions (or are too lazy to do anything violent in real life), violent gaming can be a great catharsis as long as it isn’t taken too seriously. The thing that critics of gaming violence don’t seem to understand is that violence in the pixilated world is not just bloody gorefests. To illustrate this point, I present to you three games that present violence in very different ways.

If you have ever watched anime – especially “Naruto” – you know how violent cartoons can be. It is strange, then, that “Naruto Shippuden: Ultimate Ninja Heroes 3” for the PSP is oddly clean for a fighting story. It is – like all other “Naruto” titles on the PSP – a faithful retelling of the series that has more than a few treats for the fans of the franchise, but the side-scrolling action gameplay trades the anime’s intense, fast-paced combat for running, jumping and often avoiding combat.

When you do fight, the violence is as brutal as action figures smacking each other around. Even when you throw a knife into your enemy’s gut, it doesn’t look any more shocking than tossing a fireball in “Super Mario Bros.” The fighting is definitely fun and the ability to play multiplayer even in the Story Mode adds tons of value to the title, but only the most prudish critics would get upset at this violence.

On the other end of the violence spectrum is “Metal Gear Solid: Peace Walker” for the PSP. Anyone who knows Hideo Kojima’s unique stealth espionage franchise knows that Snake is the kind of hero who can kill men with his bare hands, and yet he knows that this isn’t always the best way to get things done.

The violence is definitely more intense than “Naruto,” but the lesson of the game that killing isn’t always the best course of action is actually refreshing. After all, if you can sneak into a compound and reach your goal without alerting a guard or firing a shot, it’s worth crawling around in a cardboard box.

This follow-up to the historical classic “Metal Gear Solid 3: Snake Eater” has all of the Big Boss action, but the eating mechanic has been replaced by a truly innovative system where you can raise and manage a mercenary army. Snake has to build his army – often from foes he has knocked out and airlifted out of the field – and keep them all busy, happy and healthy. The game still has sneaking action where you can choke enemies unconscious or take them out with a wide array of weapons, but being the boss in this game is all about knowing when to kill and when to spare a life.

Oddly enough, “Naughty Bear” actually has quite a bit in common with “Metal Gear,” but “Naughty Bear” is by far the more violent one. While the main character may be a slightly mangled teddy bear with a “Teletubbies”-inspired narrator, beating each challenge involves using bats, guns, land mines and environmental hazards to murder the rest of the teddy bears or to scare them so much that they kill themselves. Cathartic? Absolutely. Kid-friendly? Not in the slightest.

While it may be more violent, many will not necessarily see it that way because the foes are cute characters who only spill fluff when they are brutally massacred. It is strange, though, when you consider that the stuffing they spill is the same stuff as the virtual blood that other violent games spill – pixels and polygons. There is nothing wholesome about this violent combat, but somehow it feels more reasonable than even the implication that a virtual human might spill a drop of blood.

Perhaps that is the secret to pacifying game violence critics. As long as they can convince themselves that the creatures being murdered are more like toys than like humans, the less it feels like real violence. It is all really just perception, but if they are going to get upset about nonexistent lives being lost, it is obvious that perception is the only thing that matters.