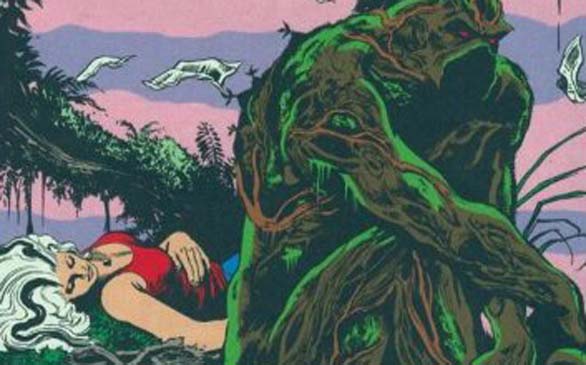 Before Watchmen completely revolutionized graphic storytelling in the mid-’80s, a young Alan Moore stretched the limits of mainstream comics with Swamp Thing. Reinventing the monster as an Earth elemental, Moore used the swamp creature as a metaphor for our treatment of the planet, while telling sophisticated horror stories with fully drawn characters. The third volume, now available in a deluxe hardcover edition, contains some of the best issues from Moore’s run, including the first appearance of John Constantine.

The three creepy story arcs contained here center on: a villain that drinks toxic waste, a completely flooded town where vampires have set up an underwater haven and a very disturbing ghost story along the lines of The Shining, in which members of a film crew shooting at an old plantation begins to take on the identities of the people involved in a past slave massacre.

Intelligent and wholly entertaining, comics don’t get much better than this.

Saga of the Swamp Thing Book 3 is currently available.