Hal B. Klein: The Food Dude 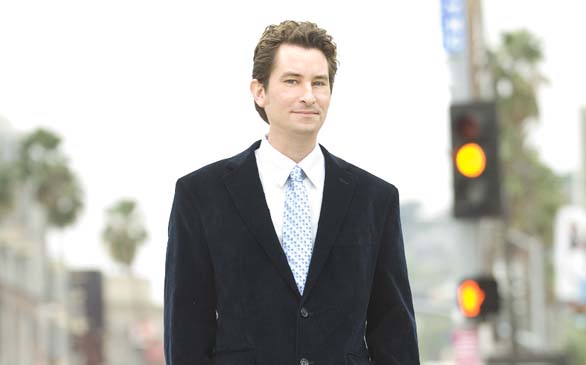 For all of your cafeteria loathers and pizza orderers, the Food Dude is here to the rescue! Best known for his roles in Bottle Shock and Killer Movie, Hal B. Klein is guiding culinary-challenged folks to create some scrumptious dishes.

With all of the diverse and exciting restaurants Los Angeles has to offer, many of us don’t ever step foot in the kitchen. For fear of creating something less than appetizing it’s often easier to just eat out or order in. On his food blog (thismanskitchen.com) he created two years ago, Klein proves that cooking is not the enemy.

While in college, Klein discovered he wasn’t the biggest fan of dorm food. There, he discovered his passion for cooking and now wants to encourage anyone who feels their cooking is inadequate.

“You always start not knowing much of anything and then you grow,” explains Klein.

Klein is also working to finish up his new cookbook due for release in the next few months.

His cookbook isn’t the only thing fans can expect in the future. Klein will appear in the new Jack and the Beanstalk with Chevy Chase, James Earl Jones and Colin Ford as Jack. Klein plays Officer Where in a scene he describes as a Laurel and Hardy-type gag.