Are You the Office Sociopath? 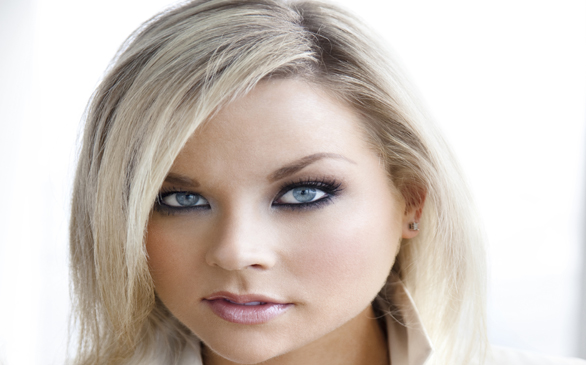 Is Erin Kaplan from MTV’s “The City” an office sociopath?
(Credit: Courtesy of MTV)

They are corporate America’s latest dirty secret. Hours upon hours of precious time and productivity are absorbed and squandered because of them. Brilliant minds and talented individuals are forced out of promising professional futures as a result of their prevalence. Not only that, but they are often the most powerful men and women within an organization. They are the office sociopaths. Chances are, you deal with one on a daily basis. You may even be the one lurking within your company.

An office sociopath is defined as a person of power without a conscience. They lack empathy and the ability to work well with others. Most of them are good observers, able to suss out and prey upon the perceived weaknesses of their co-workers. In an office or corporate setting, they are the men or women who rise to power quickly by developing relationships with superiors, using charm and deception to get what they want.

When Danelle began her job as a writer for a political blog, she was intrigued by Martin, the young man who had been hired to work alongside her in a similar role. They had both graduated from the Ivy League – she from Princeton and he from Harvard. They were instructed by their boss to get to know each other, since their roles overlapped.

“I thought he was pretty nice at first – a bit competitive – but nice,” she says. “Then I got to know him.”

Before long, Danelle found herself being kept out of the loop at meetings. Martin would neglect to pass along pertinent information to her about their daily tasks. Even the workload that she shared with her teammate soon shifted: She found herself being assigned the administrative tasks while Martin was given most of the coveted creative assignments. At first, Danelle assumed that her worries were mere insecurities until the day came when Martin was promoted to the role of her supervisor.

“One of the editors wasn’t happy there and left for a job at The Times. [Martin] got the promotion. It didn’t take long before he started throwing me under the bus for everything. He’d blame missed deadlines on me. He would conveniently forget to clue me in on meetings. This one time, he even lied to our boss and said that I knocked him down without saying I was sorry, and he believed him,” she recalls.

So Danelle kicked her talents into overdrive. She fought for tougher assignments at the publication, but Martin managed to always get himself paired with her, eventually taking credit for her hard work and passing it off as his own. Danelle’s father encouraged her to talk to their superiors about the situation, but she saw the writing on the wall.

“I got tired of it, so I quit,” she says. “I’ve worked around versions of that guy my whole life. It wasn’t worth it.”

Researchers believe that many managers within the business world are textbook sociopaths. Reality television provides a powerful social anthropological view into this issue on MTV’s hit show “The City.” Classic characteristics of the office sociopath unfold each week in the relationship between socialite Olivia Palermo and her Elle Magazine teammate Erin Kaplan.

When Palermo failed to deliver on the job, it was Kaplan who went behind her back and lobbied to replace her with British fashionista Louise Roe. Both Kaplan and Palermo exhibit traits of the aggressor and victim, creating a toxic work environment for those working with them.

“The worst thing about these people is that they polarize a work space, so you never know who to trust,” says Matt Clay.

The 29-year-old psychology student is currently writing his dissertation on the phenomenon and hopes to have it published upon completion.

“They turn the office into one of those childhood situations where one little kid hits the other; both go running to mommy, and mommy is forced to choose sides. Depending on who gets scolded determines the power shift. In most cases, it’s the kid who is most convincing and likable – not the one who was victimized – that wins.”

Clay advises that there’s little to be done to protect oneself from the dynamic.

“Staying and fighting rarely works. Unless you thrive on the stress, sometimes it’s best to just move on,” he says.