F U Haiku: Pissed-Off Poetry for Every Occasion 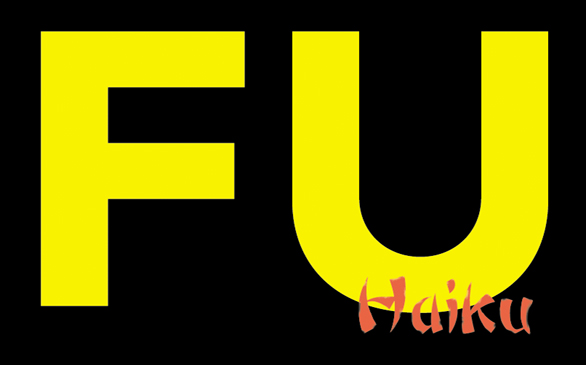 It’s tempting to try and reconstruct the sequence of events that led up to the publication of FU Haiku. Maybe, somewhere in Manhattan an anger management counselor decided to have her patients express their feelings of frustration and rage in poetry. To make things complicated, everything had to be written in the 5/7/5 syllable pattern of a haiku.

Or maybe the authors, Beth Quinlan and Perry Taylor, had one too many run-ins with shady bureaucrats, skeezy boyfriends, incompetent drivers and generally stupid and unlikable people. It was either write this book or go on a killing spree.

That’s not to say some of the haikus don’t recommend acting on our less admirable emotions. The title suggests a more passive response to the small, every day injustices of the world – a child-friendly “F U,” but some of the haikus read like the proud boastings of a vigilante laying down justice on the ignorant masses, if not the deranged confessions of a psychopath.

In these scenarios, idiots and douchebags get sued for every dime they own or get their cars keyed for stealing someone’s spot. For everyone who has ever come across someone who pissed them off, that sort of justice is just what the doctor ordered.

F U Haiku is currently available.