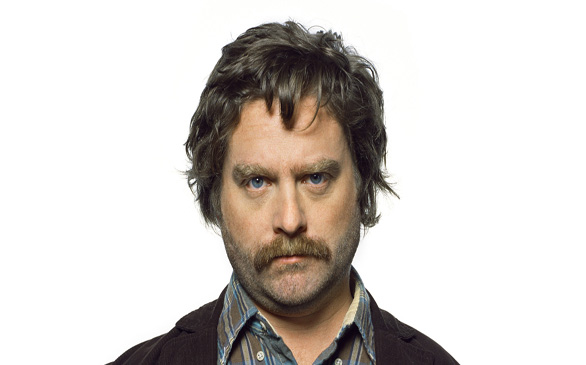 Disclaimer: Before reading this article, you must understand that I have a tendency, in my normal life, to infuse what I say with highly potent levels of sarcasm. Please do not actually take what you are about to read seriously. I don’t believe any of it myself, though there is the possibility that someone out there will. In which case, peace be the journey. Use a sense of humor while perusing the following text, and when in doubt, it’s sarcasm.

American film is a funny thing. More and more, the belief that Hollywood is a lone entity creating self-contained works of art is being torn down, chopped up and replaced by the awareness of a parasite that has infiltrated our movie-making system. Gone is the old system, where directors and stars collaborated for several movies to form a working and personal relationship with the audience. No longer do kids from podunk towns across the country have the chance to become glamorous movie stars. There is more competition to deal with, and it’s not fair.

The dreaded British, our rivals for some umpteen hundred years, have yet to overthrow our world dominance. I won’t even start on the Australians, but the Brits are our biggest problem at the moment. Apart from Renée Zellweger’s Bridget Jones, when was the last time you watched an American do a convincing job with a British role? How often do you see Kate Winslet or Jude Law getting Coffee Bean & Tea Leaf on Beverly Boulevard before they head off to shoot a movie with Leonardo DiCaprio? While plenty of our seaward ancestors have had the audacity to play iconic American figures (Robert Pattinson, I’m talking directly to your sorry part as Edward Cullen), audiences in the United States have stopped caring. It’s time we kicked out the Brits (again) and take back what is rightfully ours: Hollywood.

But then there are the things that we have taken from them. One: the actual, physical country. That must have been pretty rough. Two: British humor. With remakes of Death at a Funeral and “The Office,” which Steve Carell has unintentionally claimed as his own, American filmmaking is merely recycling old formats and plotlines from already successful movies and television shows. Three: Gone is the time when they could go to the movies and not be bombarded by awful American movies that have been globally released due to a lack of money restraints, even in this pretty economic crisis. Wouldn’t it be very frustrating for us to have to sit through 10 minutes of commercials for a confusingly British film?

Again, I jest. In my opinion, it’s about time we get in touch with what makes British films so great and why the few that manage to fly out to the States are hardly representative of film production across the pond. The Cinefamily, your local hub of cool screenings and events at the Silent Movie Theatre, fosters an appreciation and universal love for all types of film, even the swashbuckling, Madonna-stealing work of our comedian brothers abroad.

On Monday, Aug. 2, the Cinefamily is screening Bruce Robinson’s underappreciated Withnail & I (1987) in a rare 35mm print. Richard E. Grant and Paul McGann are the hilarious drunkards Withnail and Marwood. The out-of-control duo are actually two out-of-work actors in London in the late 1960s who, like all good stereotypical Brits, seek some relaxation in the always evasive countryside. Playing with their own image as well as debunking it, Withnail & I follows their riotous journey into the country where the creepy Uncle Monty (an inspired part played by Richard Griffiths) steals their thunder.

To top the cake, funnyman Zach Galifianakis, who shot to fame in a one-way cannon known as The Hangover, is presenting the British classic that is something the average American audience member has never seen before. Sure, the humor may sometimes fly over your head and the lingo may take a little while to follow, but the sentimentally British-ness keeps us fascinated. Why not watch a real British movie made by real Brits for a change?