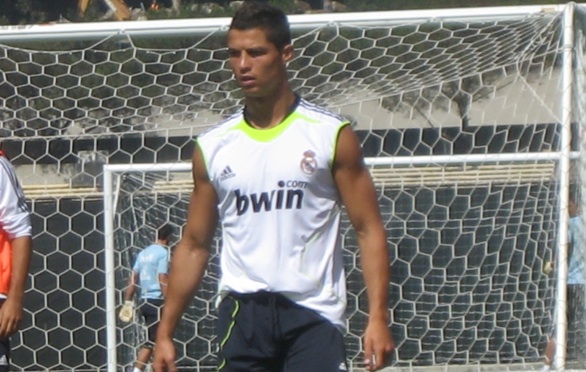 Three early goals lifted the visiting Chicago Fire past the host Los Angeles Galaxy, 3-2, at the Home Depot Center on Sunday. With the loss, the Galaxy now drop to 12-3-4 with 40 total points. Los Angeles still carries the best record in Major League Soccer and is atop of the Western Conference, but they have struggled of late.

On the other hand, Chicago improves to 5-5-5 (20 points). They move up to fourth place in the Eastern Conference standings.

“It was a game we knew was going to be difficult. We faced the best team in the league, and [our] team came with the mentality to walk away with the three points,” Fire head coach Carlos de los Cobos utters. “I’m happy with certain individual performances because although they are young, they are showing their potential. We are building a team for the future.”

The Galaxy are 1-2-1 in their last four matches, which includes a loss and draw at home. What was considered their biggest strength is now raising eyebrows and questions. In their last two affairs, the Galaxy have surrendered five goals.

“I’ll just say that we’re disappointed with the last few results. But at the end of all of it, we’re still in first place in the league. We need to learn, we need to get better and we need to improve, but there are a lot of teams that are in a lot worse shape than we are right now,” Galaxy captain Landon Donovan notes.

Defensive mishaps came to light in their pitch fight against the Fire, especially when Chicago scored twice within two minutes in the first five minutes of the game. Galaxy defender Gregg Berhalter, who started at central defender, sees the lapses in the back line. “We have to address the first 10 minutes of games,” he says.

Guatemalan midfielder Marco Pappa of the Fire found himself alone atop of the box before carrying the ball into the penalty kick spot and firing a well-placed left-footed shot past goalkeeper Donovan Ricketts in the fourth minute.

“It was a great collective effort. I received a pass that was switched from the other side of the field while on a diagonal run and put the ball past the goalkeeper,” Pappa says of his team-leading seventh goal of this campaign.

Then, a minute later, forward Collins John escaped through the right flank and Galaxy defenders. As soon as he spotted himself in the box with a good angle, John discharged a potent right-footed kick that found the lower-right corner of the net.

Chicago’s midfielder Mike Banner went on to add another score in the 19th. Los Angeles responded with two goals thereafter on behalf of Donovan from two different penalty kicks, but it was not enough due to the visitor’s tight defense.

“I’m sick of giving up goals. I’m sick of not winning at home, and we have to get better. We have to start the game properly and get back to doing what we’re good at,” Donovan points out. “We’re not as focused on our jobs right now as we should be, and this is a good wake up call for us.”

In brief, a total of five scoring chances evolved for the Galaxy in both halves of play, but they could not capitalize. This started in the second minute as forward Edson Buddle missed on a one-versus-one instance with the Fire keeper.

“Our execution was poor. It could be complacency,” Galaxy head coach Bruce Arena states. He also added, “Our tactical execution and understanding has been very poor and that falls with the coach so … Let’s leave it at that.”

Los Angeles’ next MLS match is scheduled for Aug. 14 in New York, facing the Red Bulls in a 3 p.m. kick-off.

Real Madrid pay a visit to Los Angeles, as they square off against the Galaxy on Saturday, Aug. 7, at the Rose Bowl for a 7:30 p.m. start. It is an international club friendly for both groups, and a packed house is expected. The Spanish unit carries stars Cristiano Ronaldo, Kaká, Sergio Ramos and Iker Casillas, among others.

“They can expect to see us playing very loose, have a lot of touches on the ball, to entertain the fans, yet play well and win of course,” Real Madrid’s Argentine forward Gonzalo Higuaín comments.

“They’re decent. We’ll worry about that after Wednesday,” Donovan remarks. The Galaxy play the Islanders of Puerto Rico Aug. 4 in a CONCACAF Champions League match at 5 p.m.