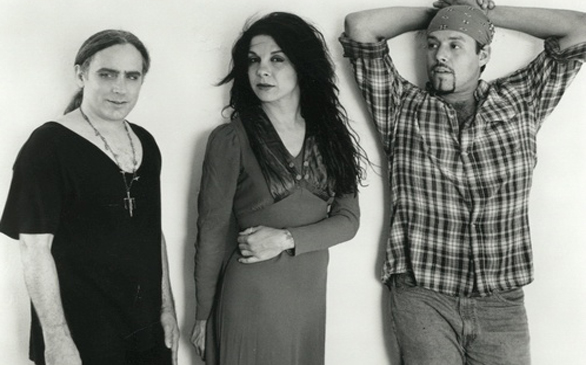 Anne Rice’s vampire novels were putting the bite on bestseller lists when Bloodletting came out in 1990, and it was that craze that inspired the title of this album and its eponymous leadoff track “Bloodletting (The Vampire Song).” Fortuitously enough on the occasion of the album turning 20 years old, vamps are once again all the rage, and the funky, spooky strut of “The Vampire Song” – complete with a few well-placed shrieks and slurping sounds – still produces chills today.

It was “Joey,” though, a deadpan sing-along about the more mundane evil of substance abuse that propelled Bloodletting into the public eye and up the sales charts. The song was Concrete Blonde’s only brush with major success, a bit of a shame since the band took the rock, punk and psycho sound of fellow Los Angeles act X to the next level.

Vamp fan or not, Bloodletting is a good album worthy of a thorough listen if all you know is “Joey;” if you’re revisiting after all these years, you’ll dig the six bonus cuts, especially the alternate version of “The Vampire Song” where Johnette Napolitano sings in French.