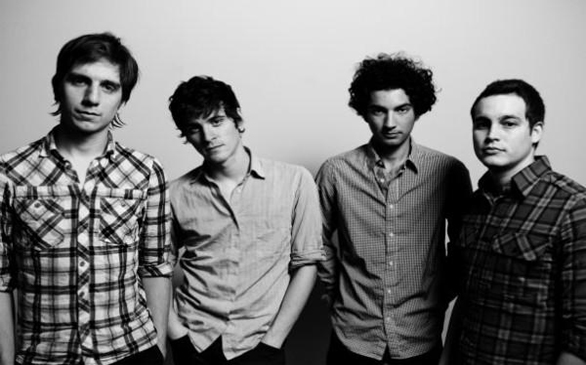 Listen to the Dig for a few minutes, and you’ll guess where they’re from. At the risk of sounding curmudgeonly, I’ll say that if I had a dollar for every New York indie ensemble pumping out the same Strokes-esque garage rock, I’d be able to bail California out of the mess it’s in.

Don’t get me wrong, The Dig may fit like a round peg in that New York indie rock hole, but they do so remarkably well. I’m torn between casting a vote for originality or aptitude of their craft because this is one of those albums that inconspicuously creeps up on you, becoming more likeable with each listen, and decidedly, I’m hooked.

The album starts out strong with the sweetly morose “Carry Me Home” and the catchy, distortion-laden “Two Sisters in Love.” “You’re Already Gone” is carried on a simple guitar riff and hand claps with an chiming, uplifting chorus to contrast. “She’s Going to Kill That Boy” attempts a menacing stance, but falters without the riptide of believability necessary to pull it off.

“Penitentiary” picks up with an urgent dance groove and catchy chorus. “He’s a Woman” branches off in a new direction for the release, more discordant and distorted than anything else offered on this debut. “For All Your Sins” is delicate and funereal, while “Shadow” displays again what the Dig do best, full of contrast and jaded conflict.

The album’s truly standout track is saved for last. This is where they, at last, create a more authentic sound. “Feel Like Somebody Else” is delicate indie pop laced with ’60s-tinged symphonic bliss. Although the influences are still clear, rather than presenting a duplicate, the sounds simply flavor the mix while creating something vibrant and new. My fingers are crossed that this final endeavor is indicative of things to come and the next release this band conjures up takes a similar route. All that said, Electric Toys is a promising debut.