How Safe Are You on Campus? 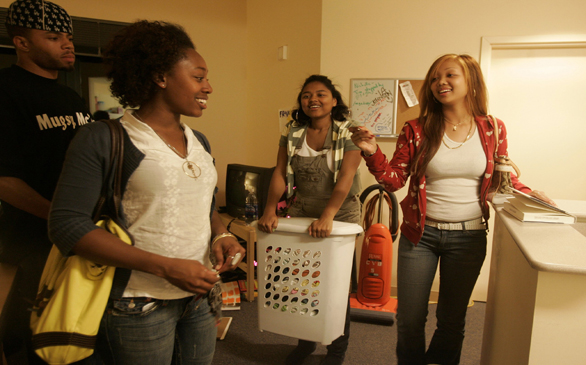 Students away from home for the first time may wish to let down their guard in their new space.
(Credit: Nhat V. Meyer/San Jose Mercury News/MCT)

On April 2, 2010, a UCLA student was arrested on suspicion of attempted rape outside a campus residence hall. Authorities investigating the attack utilized campus surveillance cameras and building entry cards as well as fliers to find their suspect.

In May 2010, a Los Angeles couple was sentenced to prison when the 31-year-old driver struck two USC students during a hit-and-run accident. One of the two students was dragged an additional 400 feet and then pulled from the windshield of the vehicle by the passenger in the car. The passenger and driver fled the scene; one student died, the other was left with life-threatening injuries.

Think your campus is safer than these? Think again.

According to the U.S. Department of Education, there are (on average) over 12,000 incidents of crime reported among public, four-year universities. Of that number, nearly 6,000 of those occurrences take place within residence halls. Donovan Folger experienced these statistics firsthand when his suitemates informed him that they had been robbed. The college sophomore had taken a ski vacation to Utah with friends when he returned to his nearly empty dorm room. Thieves made off with Folger’s computer, iPod, checkbook, petty cash and financial papers.

“I was pissed,” he says, “but I was even more pissed that nobody saw who did it. ’Cause it’s not like a dorm is a private house or something where people can hide behind, like, a tree. This place is crawling with people and a security guy!”

The thieves were eventually caught and arrested by campus security. It was discovered that another student and resident in Folger’s residence hall had organized the heist. Most of his possessions, as well as those of his suitemates, were returned weeks later.

Steven Lonegan wasn’t as lucky. While walking his girlfriend back to her dorm, the couple was attacked by two men. Lonegan was beaten and held down as his girlfriend was sexually assaulted. Although campus authorities and various student groups had posted warnings for students to be on alert, Lonegan and his companion thought they would be safe.

“You never think those things are going to happen to you, but once they do, you just keep thinking about all the stuff you would’ve done differently,” he says.

Lonegan’s attacker was arrested as part of a plea agreement made by the man who assaulted his girlfriend. Both men received only fractions of the maximum allowable for each crime, which baffles Lonegan to this day.

“Neither of them had any priors. They both got off with a slap on the wrist,” he explains.

For those away from home for the first time, it can be daunting to learn to adjust to a new environment. Students may wish to let down their guard and fully give in to their new home. But it’s important to always carry those lessons learned as children to the new campus.

While out at night, try adopting the buddy system. It’s important for women to travel together in pairs or groups, if possible. A rape whistle is a good investment to possibly ward off an attacker. When crossing streets near campus, pay close attention to approaching cars. Running to “beat” traffic or crossing signals can be dangerous and impair drivers’ response to avoid impact with pedestrians. Students must also be mindful of wearing dark clothing, which may leave them invisible to passing cars.

Locking vehicle doors and dorm rooms (if allowed) is also an effective way to keep nosy passersby from walking away with valuable belongings. Always carry a cell phone and leave word with trusted friends about schedules and whereabouts.

But more importantly, students must remain alert and aware of assailants so that in the event of an attack, they will be able to identify and recall key details such as facial features and clothing. This can help police during investigations. Granted, many college and university campuses are located in nice areas, but under no circumstances should students take their safety or possessions for granted.

“I remember having to get a new Social Security card when my other one was stolen,” recalls Folger. “Now, I keep all my important papers locked up in a safe.”