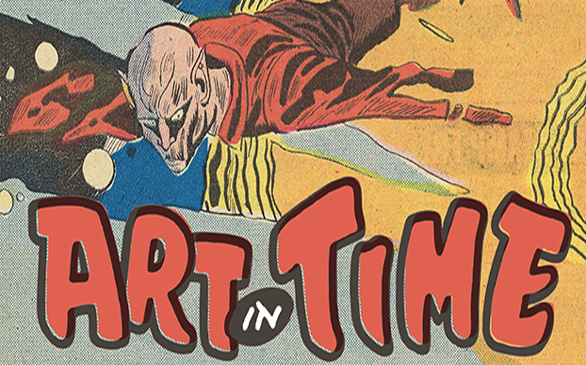 Combining all of the pleasures of a vacation with none of the drawbacks, All Over the Map, by Laura Fraser, journeys from Europe to South America to the South Pacific. Fraser illuminates each culture with her insights, delights and love of any and all food items as she moves toward building (literally) a better life for herself.

With immigration a recent hot button, Mr. Rosenblum Dreams in English exhibits perfect timing. Set in ’40s era England, Nastasha Solomons spins a fascinating yarn of German Jews, having escaped Berlin, attempting to build a new community for themselves in a foreign – and sometimes unfriendly – country, while trying desperately to assimilate.

Wanderlust, ahoy, Linda Greenlaw’s Seaworthy promises to rock your boat. A swordboat captain by trade, the author fills her tome with insider anecdotes and salty tales of swordfishing – a perfect audiobook for trips up and down Pacific Coast Highway.

Travel, adventure and the natural world can be yours all for the price of a paperback novel. Elisabeth Hyde’s In the Heart of the Canyon follows 12 strangers as they brave the rapids of the Colorado River on a raft and end up finding much of their drama with each other.

Supremely researched and deliciously compelling, Tom Rachman’s The Imperfectionists gossips, cajoles and seduces with its loose-knit tales of foreign correspondents in Rome. The juicy backdrop alone could keep the pages turning, but Rachman works overtime to provide equally scrumptious characters with the problems of those condemned to be too smart for their own good.

Adam Langer’s The Thieves of Manhattan skewers the publishing industry right where it hurts, the memoir. Taking a page from James Frey and his A Million Little Pieces debacle, Langer questions the line between fact and fiction while serving up a delicious kebab of a book.

A page-turner from start to finish, Lies of the Heart, by Michelle Boyajian, races by like a moving train. Both the tale of a murder and a marriage, the author goes back and forth in time to shed light and a little doubt on memory, commitment and love.

This Is Where We Live, by Janelle Brown, tells an L.A. story that reads like a reverse fairy tale. A young couple discovers that having it all only means there is further to fall on the way back down the ladder of success. Funny and biting, this novel reads as a near cautionary tale.

Another terrific page-turner from the master of page turning, Stephen King, Under the Dome keeps you on the edge of your seat. Clocking in at 1,072 pages, this political fable serves as a reminder and a wake-up call not to let our politicians get too drunk on power.

If anyone marches to the beat of his own drum, it’s John Waters. Known mostly for directing cult films, like the original Hairspray, Waters inspires by being a pure distillation of self. His new work, Role Models, maps out the filmmaker’s own idols which vary from the clean-cut (Johnny Mathis) to the avant-garde (Rei Kawakubo) to the wacky (Zorro) without skipping a beat.

With everyone in Hollywood adopting a child of a different race, you would think the biting sting of racism might have waned. Unfortunately, as Debra Monroe marvels in On the Outskirts of Normal, the real world sometimes shines a much harsher glare. The (white) author’s decision to adopt a (black) child becomes an education in the way Americans handles situations that fall outside their expectations.

The House on Salt Hay Road had me at the title. To sweeten the deal, Carin Clevidence smartly throws in the essential ingredients of a terrific summer read: family dysfunction, a strong sense of place and chaotic tragedies. This novel is the kind that, too good to sit on a shelf, must be passed along to a friend.

A memorable novel from Maggie Pouncey, Perfect Reader sows the rich and fertile ground of parental loss. Everyone reaches a point in their lives where they realize they don’t know the slightest thing about their parents – in this telling debut, Flora Dempsey, forced by her father’s death to confront this fact, faces a variety of unwelcome revelations.

A perfect bit of chick lit for sitting by the pool, Sarah Dunn’s Secrets to Happiness promises to entertain without being cloying. The story of a broken heart and the balm of a younger lover reads like the work of a romance writer’s writer.

What would the girls from The Sisterhood of the Traveling Pants do if they ended up near 40 and single? Carey Goldberg, Beth Jones and Pamela Ferdinand write to tell the tale in Three Wishes, the true story of three friends who make the very modern decision to become mothers on their own. The twist? After making this hard choice, men seem to fall from the sky.

“The Daily Show”’s own Samantha Bee sparkles and shines in i know i am, but what are you? Starting with the sycophantic reviews on the back from her boss, husband and parents, this memoir cuts a wide swath from those that traffic in addiction, depression and other horrors.

Irresistibly gorgeous and chock full of pleasures, Dan Nadel’s Art in Time compiles forgotten comic book stories from the ’40s-’80s. The varied group of 14 artists that comprise the anthology cover a range of genres from Western to superhero and the drawings are to die for.

If you find yourself stuck on a family vacation with no end in sight, why not perfuse Mike Bender and Doug Chernack’s Awkward Family Photos? This sly picture book, a collection of misguided portraits, lets us all know we’re not alone in our dysfunction.

Kathryn Erskine echoes two terrific novels, To Kill a Mockingbird and The Curious Incident of the Dog in the Night-Time, in her indelible portrait of a 10-year-old girl with Asperger’s. Mockingbird stems from the author’s personal experience digesting the tragic shootings at Virginia Tech in 2007 in a way that manages to illuminate rather than exploit.

The Boy Who Climbed into the Moon, by David Almond, tickles the fancy of the young at heart who refuse to grow up and read soulless genre books. A journey into the comfort of childhood imagination, this novel reminds you why growing up is not always appealing. Regress a little.

Reminiscent of Catch Me If You Can, Allison Hoover Bartlett’s The Man Who Loved Books Too Much delves into the nonfiction world of a man who cannot resist his passion for literature and the man who hunts him down. Two obsessive men facing an intertwined collision of fate fill this story with suspense and originality. Who ever heard of a “bibliodick” until now?

Full of adventure and spirit, We Bought a Zoo tells the true story of a family’s quest to run a dilapidated zoo. Benjamin Mee’s most original take on the family business, soon to be a movie starring Matt Damon, brings surprises at every turn – don’t forget to read the book before seeing the movie!