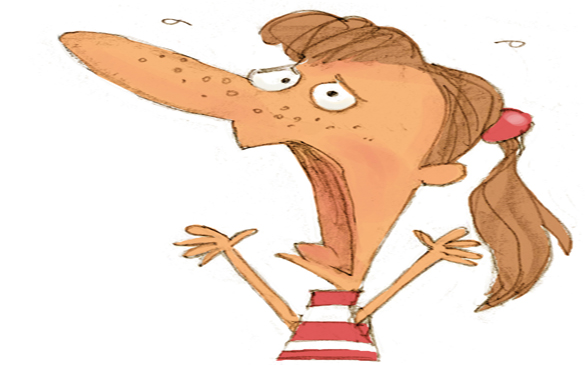 A couple of nights ago, I moved into my new apartment in the semi-trendy Los Angeles neighborhood of Los Feliz. My new place isn’t quite an apartment attached to several other buildings raised above the ground. Instead, it acts more like a stand-alone studio on a somewhat slanted hill near fruit trees, squirrels and neighborhood cats.

My very first night staying in this place didn’t start off so well since I had to move in late at night. People were asleep, no cars were passing by and I was left to move in and out amidst the dark shadows of brush and trees. As I turned on the light, I quickly saw a spider spinning its web on a bag of clothes I had left while trying to slowly move in my stuff little by little. I’m not usually afraid of the occasional Charlotte’s web, but I did get a little nervous, being in such a quiet, secluded place, in a part of town I barely knew.

As I shut the door and wandered around the place, I saw something near my bed that looked small and intricate. About two inches long, flat and spread out like a sunburst. I stared at it for a while until it scurried under my mattress.

It was like hearing the huge booming sound when you spot the killer in a horror movie. I turned around and another one of the creepy crawlies scuttled through the floor under the bed.

“How many of these things are in here, bloody hell!”

I started dialing the phone as if my best friend 70 miles away could possibly do something about this situation. As I stood there, still as a rock, crying, she seemed annoyed. I was paralyzed, and she was telling me to go to the store and buy bug spray, as if that’s all I needed, ending the call with, “Well, umm, I have to go take a shower.” How did this person become my best friend? I’m about to get chewed and molested by two-inch bugs with 100 legs and all she wants to do is take a shower? Since that person wasn’t going to help me, I tried calling my sensible sister in San Diego, who would probably be up at this time of the night.

Her advice, “Why don’t you just move out?”

Yeaah ... it’s midnight. I’m going to take all my stuff and drive, where? So what did I end up doing? In all its hilarity, I turned on the lights and fans, and basically had to tough it out. Mind you, I did not sleep that night. I needed something to make me happy and distracted, so a marathon of “How I Met Your Mother” brought me back to a more comfortable place. The paranoia was still there, but so was Neil Patrick Harris.

The next morning, I woke up to bright sunshine and to a cold, crisp morning. I HAD SURVIVED. I was so happy to be leaving my new home (and “roommates”) to go to work, but even there the remnants of last night haunted me.

As a girl, it may be natural to stereotype me into the category of an elephant seeing a mouse, but in reality, spiders, ants, roaches, these insects suck but they don’t scare me. The creatures I saw the night before would probably scare Alfred Hitchcock’s Birds into submission. I was shaking and afraid, but I needed to know what it was I was afraid of. Though I should have been working, I researched online and found exactly the type of insect I was dealing with. This insect was a house centipede. Talk about freaky. No seriously.

Short of moving out after just signing a lease, I needed to be logical about this situation. What I was really afraid of (besides ugly things) is if I would be physically harmed: Would it bite me or rape me or whatever (a million thoughts ran though my head)? It turns out that a house centipede is classified as a beneficial pest (pest because really the only thing anyone can really say about it is that its fugly, and no one wants fugly things in their house). It’s paradoxical because this pest is actually a natural form of pest control, with its main diet being other insects. So this calmed my nerves a bit, but it’s still not enough for me to go Bruce Lee if they decide to show their face again. The sad thing about this tale is that in the end, I’m just going to have to learn to get along with my new “best friends.”