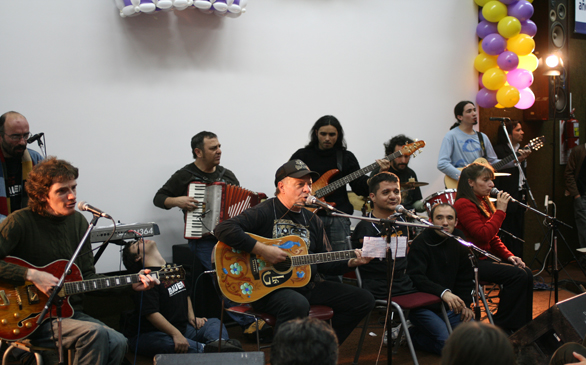 I’m not quite sure what has gotten into me lately. You know when you sometimes go to see a movie just because you like to watch the previews of films that are coming out in the upcoming months? No? Well, I do, and lately nothing has made me look ahead at release dates and become giddy with anticipation. Last year’s Academy Awards was disappointing enough. The summer season scraped by on the skin of its bad comedy. Harry Potter and the Deathly Hallows, Part 1 won’t be released until November, and The Social Network is the only one in between that will get me through the rest of summer and most of autumn.

Don’t judge me so quickly, young grasshopper. I wouldn’t characterize my movie taste as contemporary. I don’t tend to enjoy the latest studio comedy or star-studded caper heist flick. I also wouldn’t say I always seek out the small films with their Sundance stamp of approval. Little money can often mean little enjoyment.

More and more, foreign films have been the staple of my week, the stuff that my waking dreams are made of (yes, I loved Inception), and it seems to have become more than just subconscious because I can’t help but drag these subtitled audience winners kicking and screaming from the small art-house theaters into my columns.

A few weeks ago I mentioned The Secret in Their Eyes, the movie from Argentina that, it’s no secret, kept my eyes glued to the screen for the never-ending, one-shot scene of skill and perfection. Yesterday, I re-watched City of God from Brazil, a movie that swept numerous international awards back in 2002. In a gritty depiction of life in the lower class quarter of Rio de Janeiro, the film’s quick-cut editing and scorching imagery makes it a real classic, one I would watch leisurely on my couch over hitting the theaters for The Revenge of Kitty Galore.

And have you met the Trio? Alejandro González Iñárritu, Alfonso Cuarón and Guillermo del Toro are the three lovers in my life whom I can trust with everything, particularly any given two-plus hours of my day. Del Toro helmed one of my favorite films of all time, Pan’s Labyrinth, which was robbed of the Oscar for Best Foreign Film a few years ago. He’s also notorious for the Hellboy franchise and for dropping out of production of the highly anticipated The Hobbit. Cuarón directed my favorite of all the Harry Potter films, the Prisoner of Azkaban, as well as a childhood fave, A Little Princess. And Iñárritu is famed for hard-hitting, award-happy films like Babel and 21 Grams.

All three directors extraordinaire are from just south of the border in the land of Mehico. I could convincingly argue that the quality of foreign film has noticeably gone up thanks to the efforts of these three cine-gods. But it’s not just Mexico that is producing the talent. All of Latin America is severely underrated and lacking North American recognition for their recent endeavors.

This naturally leads to my projections for the week. (Isn’t it convenient how that happens each week?) Well, the Latin American Showcase consists of two films from Argentina, one from Mexico and one from Colombia. Presented by Laemmle Theatres and Outsider Pictures, the showcase screens each film once a day starting Aug. 13 at the Sunset 5.

Mundo alas is a concert movie from Argentina that is the only film to screen twice per day. The screening is preceeded by a half-hour performance from Argentinean folk-rock legend León Geico.

Meet the Head of Juan Perez is a comedy from Mexico about a low-life magician who inadvertently decapitates himself in the hopes of surviving the current economic crisis. Music On Hold is an Argentinean romantic comedy about a guy who finds the answer to his writer’s block on the phone with the assistant manager of the bank. Finally, Crab Trap is set in the Afro-Colombian community of La Barra on the Pacific coast and depicts the clash of modernity and tradition in the constantly growing South American country.

Jump on the bandwagon I’m forming in support of our neighbors to the south. Es muy bueno.