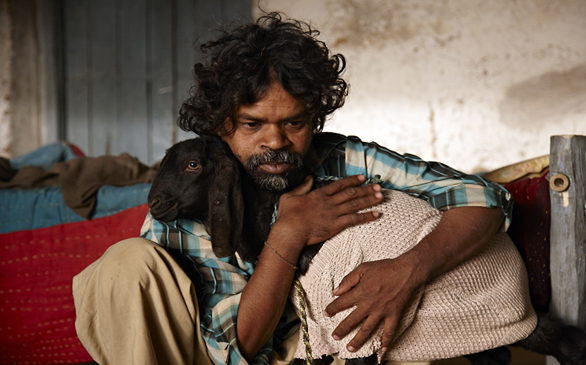 So many times when we think of Indian films, we picture a lavish Bollywood set with people breaking into song and dance in the middle of a conversation or after a first kiss. Peepli Live is an Indian film that is anything but that! The film takes a satirical look at bureaucracy, media, politics and Indian life and culture today.

Peepli Live, produced by famed Bollywood star Aamir Khan, begins with two brothers, Natha and Budhia, coming back to their small Indian village of Peepli feeling distraught. They just found out that their farm will be auctioned off because they are unable to repay a loan. Natha supports not only his wife and three children, but also Budhia and their elderly, crotchety mother.

They reach out to their local politician for help only to be rejected. They are told about a government program that is offering 100,000 rupees ($2,000) for every farmer that commits suicide. Budhia convinces his younger brother to take up this offer in order to save the farm.

A local reporter catches wind of Natha’s plan and it garners more and more attention, all the way until it reaches the top of every facet of society. Large media outlets, local government, politicians and the state government all take notice, placing Natha at the center of a much larger debate.

The film gives you real social insight on Indian society. Natha becomes bombarded with lavish gifts that serve no purpose in helping to save his farm and do not deal with the real issues at hand. Why are farmers resorting to suicide in order to save their land?

Natha is a man of few words, but there is something very relatable and accessible about him. No one really seems to actually care about rectifying the root problem to prevent farmers from killing themselves. This film looks at a group of society that has not been valued and tossed aside.

The film opens your eyes to a country that has many social and economic problems with overpopulation, while showing you a part of society that has been completely disenfranchised. Peepli Live doesn’t pound you over the head with a message but accurately gets the point across and makes you think.