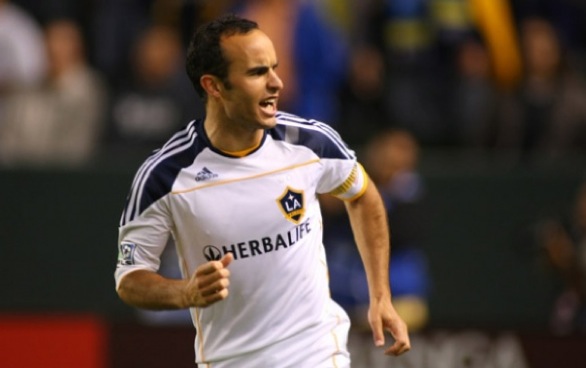 Real Madrid proved to be too much for the Los Angeles Galaxy Saturday night at the Rose Bowl before 89,134 after coming back from two goals down en route to a 3-2 victory. The Spanish club has been on a preseason tour through California for the last two weeks, and this was their second match after having beaten Mexican club squad América by a similar score.

Everything seemed right for the Galaxy in the first half. Both defender Todd Dunivant and midfielder Landon Donovan collected goals, but the second half was a different story. “For me, the second half was fantastic in every aspect,” indicated Real Madrid head coach Jose Mourinho.

A revitalized Real Madrid appeared driven and determined to capture the victory, and they started right away, six minutes into the second period as Argentine forward Gonzalo Higuaín scored off of substitute Cristiano Ronaldo’s pass. Higuain then matched the score 10 minutes later.

“His pace surprised me. He outran a couple of players who could at least run well. He went right by them,” Galaxy head coach Bruce Arena remarks. “I was impressed with him in the World Cup, but after watching him tonight, I’m much more impressed.”

Spanish midfielder Xabi Alonso fired the game-winning shot and recorded the goal in the 72nd minute to lift the merengueros.

“We went down by two [goals] and were able to turn the game around, and we are very pleased with the victory,” Real Madrid midfielder Pedro León says.

“For this trip, everything was perfect. We trained well, we trained hard, the players were together 24 hours and the environment was perfect for them to grow as a group,” Mourinho states. “Tactically we cannot be perfect, very far from it, but I can see some principles in training sessions and they are growing step by step, so it was perfect.”