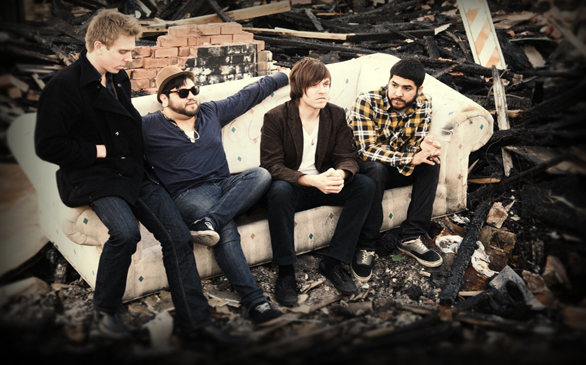 For some, songs tend to call forth hidden emotions, and the indie, folk rock band Snake! Snake! Snakes! are certainly on top of that. One run though their debut self-titled EP and these guys – Jonathan Messenger (vocals/guitar), Christopher Sanchez (vocals/bass), George Rodriguez (piano) and David Cooper (percussion) – get you right in the gut. Their music is a potent force to twist your loving thoughts and shake up your mushy, fragile heart.

The Arizona band lists Interpol, Bob Dylan, Muse, Radiohead, Bloc Party, Bright Eyes and Death Cab for Cutie as influences. If you like any of the aforementioned musicians, then let Snakes! slither their way into your heart. Just listen to “City on Fire” and “We Come Out at Night.” These two songs show that this band, much like the limbless creature, is capable of considerable extension. They’ve produced an EP with mesmerizing, provoking melodies and expressive, killer lyrics that might even get Indiana Jones to reassess his reptilian phobia.