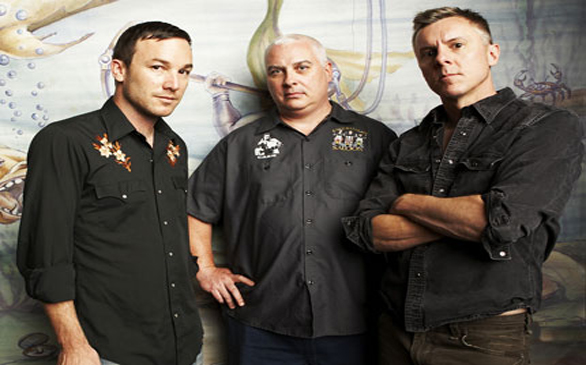 Feeler is the great “lost” Toadies album; it was supposed to drop 15 years ago as the follow-up to the band’s breakthrough effort, Rubberneck. But Interscope didn’t like Feeler and refused to put it out, nearly causing the end of the band and putting the rejected material into limbo. Now, Toadies have re-recorded most of the songs from the original recording sessions, added a few tunes and finally turned Feeler loose. Has it been worth the wait?

Absolutely. The overall feeling of the album is grunge-y; no surprise since that is the era in which the songs were written. Opening cuts “Trust Game” and “Waterfall” in particular reflect the ’90s sound, but there are lots of songs here that’ll quickly resonate with fans who are looking for something like the big Toadies hit “Possum Kingdom.”

The guys thankfully don’t recycle “Possum”’s riffage, but they strike similarly playful chords with the instantly catchy “Dead Boy,” “City of Hate” and especially with the woozy guitar-fest of “Mine.” A couple of the tunes probably should have remained lost, but for the most part, Feeler certainly deserves this second chance.