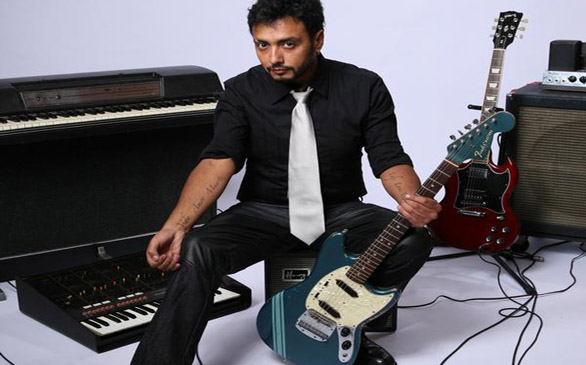 Claudio Valenzuela has begun his solo career with his first album, Gemini. A former vocalist of rock group Lucybell, Valenzuela offers the disc in English and Spanish. The Chilean wrote the songs over the course of three years in three different countries: Chile, Mexico and the United States.

“It is a way of transforming myself,” he says of the 11 featured tunes.

Valenzuela utilized a variety of instruments to play, but the acoustic and electric guitars are most prominent.

“After creating the songs, I used as many instruments as I could,” he states.

“La Aguja En Tu Ropa” is the CD’s first single, and it displays a romantic view from Valenzuela.

“The song talks about a sensation. It is something that happens in little time, one analyzes it, and it bothers one,” he reveals.

Nevertheless, the track named “Si El Rio Suena” is perhaps the most intriguing, both musically and lyrically. It is an upbeat melody regarding life.

“It was the first song of the disc I worked on,” Valenzuela points out. “We need to be attentive about certain things that happen. It is about making decisions and change.”