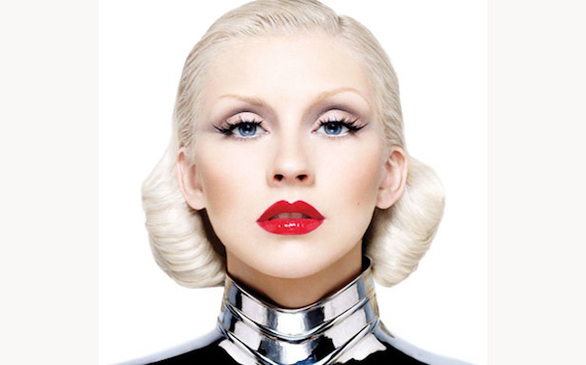 If there’s one track that best describes 29-year-old Christina Aguilera’s new album, it would be “Not Myself Tonight,” a story of how one of music’s last reigning divas can’t find her identity. No longer is she channeling Billie Holiday, but instead, stealing a page from Lady Gaga. Sadly, Bionic fails to impress. Rather than exercising her heaven-reaching pipes, Aguilera transforms into an oversexed fembot who seduces to Auto-Tune.

On Bionic, Aguilera unites riot grrrls like Le Tigre, Ladytron and Peaches for an 18-track collection where instead of displaying her ability to make souls tremble, she purrs and moans while popping bottles. “WooHoo” is a one-dimensional come-on, whereas “Desnudate,” is a bilingual Pitbull-esque order to get naked, promising listeners, “I’m your supplier of love, lust and fire tonight.” That’s a tall order from a woman who can’t create sparks on her latest effort. “Sex for Breakfast” is soggy cereal, and “Vanity” is the cocky discotheque anthem where Aguilera raises her middle finger, sneering, “I take myself to be my lawful-wedded bitch.”

Bionic isn’t a snoozer as it does provide nightlife owls endless party starters with the occasional signature ballad. However, it also exposes Aguilera’s questionable goal to keep up with trends, rather than being the queen she claims to be. Ultimately, audiences entering Aguilera’s electronic world will be just like the superficial lioness: lost.