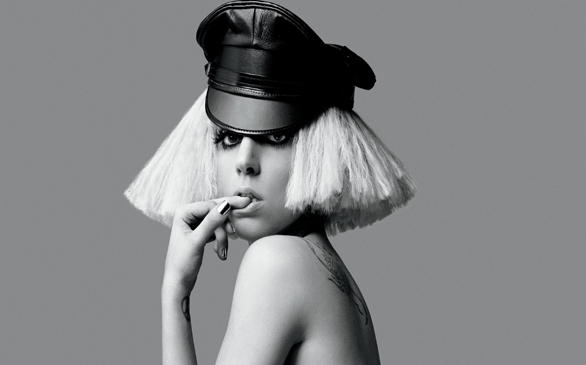 The 2010 MTV Video Music Awards show will be broadcast live from the Nokia Theatre Sept. 12, and you’ll probably be seeing a lot of Lady Gaga during the ceremonies. And I’m not talking about the fact that Gaga’s outfits often reveal plenty of skin. The singer has been nominated in an unprecedented 13 categories, including Best Pop Vocal, Best Female Vocal and Best Dance Music Video.

“I’m so honored for all the little monsters and self-professed freaks of the universe to have more VMA nominations in a single year than any other artist in MTV history,” says Gaga. “Ironically, I’m even more proud it’s an unlucky number 13. God put me on Earth for three reasons: to make loud music, gay videos and cause a damn ruckus.”

First-time nominees this year include Justin Bieber, Drake, Ke$ha, B.o.B, Florence + the Machine and Mumford and Sons. Fans can cast votes in many VMA categories, including Best New Artist at vma.mtv.com.

The one-year anniversary of actor Patrick Swayze’s death is only about a month away now, and the date will be commemorated with the release of previously unheard music from the recording sessions for the soundtrack to the film Dirty Dancing. Dirty Dancing: The Original Demos contains two alternate versions of the No. 1 smash hit “(I’ve Had) The Time of My Life,” a demo version of “Hungry Eyes” and a vocal version of “Someone Like You,” a tune that’s used in instrumental form in the Broadway-bound Dirty Dancing: The Musical.

Did you happen to see a 10-foot tall guitar on the Sunset Strip lately? No, you weren’t hallucinating. The giant fiberglass instruments are part of Gibson Guitar’s GuitarTown public arts project, an effort to showcase the Strip and unify businesses.

About 25 of the sculptures, all created by local or nationally acclaimed visual artists, are placed along a mile-and-a-half stretch of Sunset, including adjacent to landmark businesses like the Whisky A Go-Go, the Roxy Theatre and Sunset Marquis. Each guitar celebrates a musician, personality or artist unique to the Sunset Strip’s history and will be auctioned off for charity after the exhibit ends.

When it rains (blood), it pours! After a long dry spell with no Slayer DVDs in print, the band is popping with three titles: reissues of 2003’s War at the Warfield and 2004’s Still Reigning, and for the first time on DVD, 1995’s Live Intrusion. Still Reigning features a performance of the Reign in Blood album in its entirety, including the infamous set-ending stunt where the band, their instruments and the entire stage is drenched with a downpour of 150 liters of “blood.” Live Intrusion has been digitally remastered from its original VHS release and features fan favorites like “War Ensemble,” but also some of the band’s early repertoire like “At Dawn They Sleep” and “Captor of Sin.” The DVDs, available individually or in the limited edition Slayer Live DVD 3-Pak, drop Aug. 17.

The new one from Secondhand Serenade (singer John Vesely) has dropped and you can hear music from the appropriately titled Hear Me Now when Vesely appears at the Anaheim House of Blues Sept. 4.

The Ghetto Blaster E.P. is the new release from Street Sweeper Social Club; the Tom Morello/Boots Riley collaboration is out now, and SSSC plays the Rock the Bells Festival Aug. 21.

Tay Dizm has a new mixtape called Point ’Em Out; grab a download exclusively at grooveshark.com.