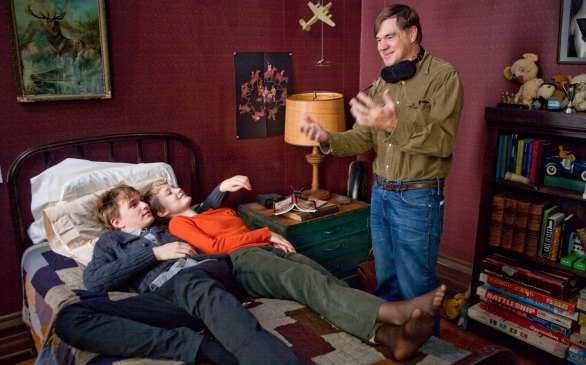 If Billy Elliot had grown under an oppressive Communist regime, he might have been Mao’s Last Dancer.

In the hands of veteran Australian director Bruce Beresford, who helmed such tender triumphs as Driving Miss Daisy and Crimes of the Heart, and screenwriter Jan Sardi, who also penned Shine and adapted Nicholas Sparks’ novel The Notebook, Li Cunxin’s autobiography of the same name soars like a grand jeté, though it hits a few faltering steps along the way.

Li (played from youth to adulthood by Huang Wen Bin, Australian ballet dancer Chengwu Guo and, finally, the real standout, Birmingham Royal Ballet principal dancer Chi Cao) grew up in rural China, the sixth son of peasants in a mountain village who was selected by Madame Mao’s cultural advisers to attend the Beijing Dance Academy, a place where young students endured grueling 16-hour days of training. Years later, he attracts the attention of Ben Stevenson (Star Trek’s Bruce Greenwood), the director of the Houston Ballet Company, and is invited to America for a three-month cultural exchange program that leads to his triumphant debut with the company.

After falling in love with American dance, freedom and one lovely woman, Liz (Center Stage’s Amanda Schull), when the time comes to return to China, he opts for a quickie wedding instead, defecting from his homeland and inciting an international incident that insured he’d never be able to return to China or see his family again.

While the film can occasionally feel clunky, such as the night Li experiences disco for the first time or when Liz and Li have a lover’s spat, the beauty cinematographer Peter James (Driving Miss Daisy, Alive) captures is enchanting as he moves the audience from dusty, cold Chinese ballet studios to the warmth of the klieg lights in Texas. But the film’s true rapture exists in the dance scenes, stunningly performed by Cao, and in Greenwood’s performance. Complex and conflicted, as the puppet master he offers a smorgasbord of mixed emotions that range from calculated manipulation to tender affection, including one stellar scene where he offers the definition of the word “chink” to Li.

Unapologetically sentimental and earnestly sincere, Mao’s Last Dancer isn’t without some major structural and narrative issues, but thanks to good acting and absolutely stunning dancing, when you leave the theater, all you want to do is pirouette.