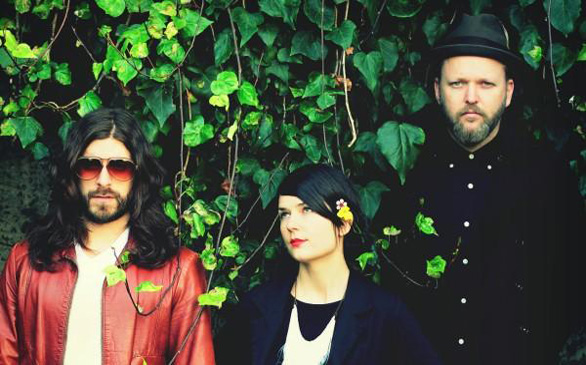 The three-piece psychedelic rock set of Leopold and His Fiction was like jumping in a portal between the 1960s Hendrix guitar daze and today’s hardcore rock scene to the likes of the White Stripes. Entrancing and catchy, the small stage at the Viper Room did not provide enough room for the epileptic attack of sound coming out of three distinct personalities: the hippy persona from the bearded Daniel James, fedora-wearing Jon Sortland playing the keyboard and the drums at the same time as well as the feminine mystique of bassist Micayla Grace.

This trio is a trip to watch, boiling and smashing a diverse range of rock ’n’ roll musical genres that is both ethereal and bombastic. James’ Southern-style vocals are what make Leopold so unique, but just watching the band perform amid strobe lights was a grand moment. It was only too bad that we couldn’t hear more; a set that was surely short and sweet.