We Are Scientists: Aug. 6 @ The Troubadour 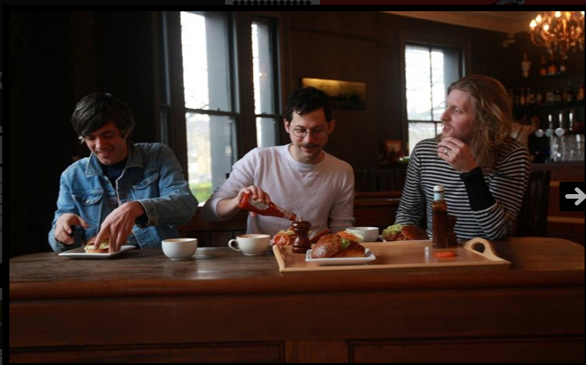 One thing the L.A. music scene undoubtedly provides is a lot of really good indie music, that much is undisputable. The hipsters who make up that scene, however, aren’t particularly known for having the best sense of humor. Maybe it’s one of those things where humor is inversely proportional to one’s sense of irony, and the more you have of one, the less you have of the other. But if ever there was a band that could prove to be the exception to the rule, it’s We Are Scientists.

Bantering back and forth between each song, singer-guitarist Keith Murray and bassist Chris Cain made for an endearingly snarky and sarcastic pair, though both showed themselves to have the technical know-how to back up their offbeat stage personas. Both Murray and Cain’s fingers were a blur on their respective string instruments, showing exactly how they manage to make such big-sounding rock using only the bare minimum of instrumental components.

Playing tracks from their new album, Barbara, the two – along with drummer Andy Burrows – managed to get a mixed venue of indie scene kids and general-purpose music consumers to both dance and sing along. If that’s not a strong enough testament to the band’s musical ability, you might have more troubling deficits than a lack of humor.