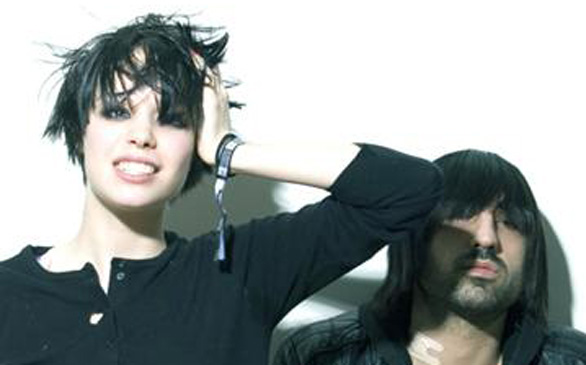 HARD Summer is a yearly festival held in Los Angeles. Their lineup always features a plethora of artists who keep people dancing from midday to late night to diverse electronica sub-genres like dubstep, house, dance, industrial and techno that are sure to appeal to a wide group of eclectic tastes. HARD Summer has made a name for itself as an expansive music fest overflowing with abundantly awesome artists and their devoted attendees and fans spreading love at this all-day blowout festival.

Held in Los Angeles State Historic Park, a former train yard for Union Station, on the park’s sprawling land, it boasted food trucks and two beer gardens. HARD Summer 2010 had a bevy to offer for music fans with two stages featuring the music of such acts as Flying Lotus, a Los Angeles native electronic DJ/producer, Digitalism, a dance punk group all the way from Germany, Soulwax, a duo of Belgian brothers spinning alt rock and electro music and Breakbot, a French DJ/producer signed to Ed Banger Records.

For those who dig electro house, DJs Erol Alkan, Green Velvet and Tiga spun records into the late afternoon and dubstep fans got their fill with London exports Benga, Skream and Caspa, who kept the crowds incredibly elated and rowdy into the night.

The major players of the night were Crystal Castles, a Toronto-based experimental electronica group whose stage presence captivated the audience and kept the front row on their toes with vocalists Alice Glass’ impromptu stage dives. Diplo, an electro house and hip-hop DJ/producer who’s known for creating M.I.A.’s hit “Paper Planes,” was paired with Switch, a creator of fidget house and London-based DJ: Together these two created a powerful team as Major Lazer, a collaboration of their respective fields in a harmonious reggae amalgamation.

With HARD Haunted Mansion right around the corner, it’s easy to see why there is such a readily available fan base for such a spectacular event.