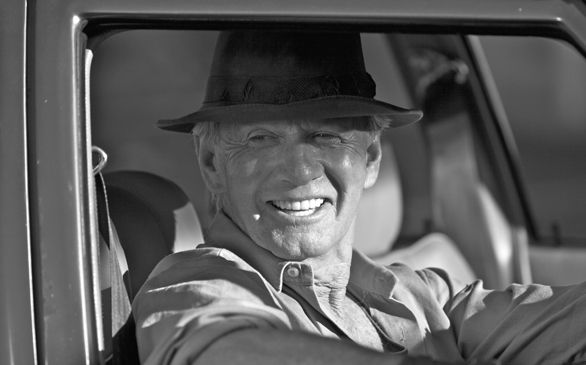 They’re not British, but audiences don’t always notice the difference because most Australians have ancestral roots in England. There’s that well-known fact that the British government once shipped convicts to various Australian penal colonies in the 18th and 19th centuries. Who knows where along the timeline their accents morphed, but slowly Australian filmmakers have had their comeback by making their way to the other side of the world.

Just as our American directing gods are Spielberg and Fincher, the Aussie movie captain is a guy named Baz Luhrmann. Known for his stylistic interpretations of classics like Romeo + Juliet (the peak of Leo DiCaprio’s sexiness) as well as epic biopic Australia, starring real-life Aussies Nicole Kidman and Hugh Jackman, Luhrmann is the best Australia has to offer. What is most admirable is that he tends to hire his own countrymen like Kidman in the aforementioned blockbuster flop as well as in the critically acclaimed, audience-pleaser Moulin Rouge.

But what has been released out here since? Well Harry Potter sensation Daniel Radcliffe brought Australia back on the film map a couple of years ago with December Boys, in which he had a quite convincing accent. The hilarious show “Summer Heights High” nabbed some fans on this continent for its cross-dressing skits and outrageous humor. Other than that, the weight lies on Luhrmann and actors like Kidman and Jackman to keep cinema alive in the outback.

But it wasn’t always such a struggle. Here’s a little history lesson for you: a boom of film production in the ’70s and ’80s due to an increase of government funding is known as the “golden age” of Australian cinema. The South Australian Film Corporation was established in 1972 to promote and produce films; in 1975 the Australian Film Commission began funding internationally competitive films. From this, directors, talent and memorable films were a direct product.

Peter Weir, who’s best known for Master and Commander: The Far Side of the World (appropriately starring Aussie actor Russell Crowe) started his career during this gold rush of an era, as did George Miller, whose dark science fiction piece Mad Max made a star of recently insane Mel Gibson. Other iconic Australian figures like the one and only Crocodile Dundee came to define Australian cinema in the eyes of the Western world at this time.

So there you have it. If I haven’t given you enough reason to love the country (continent?) for its many gifts to cinema, then go ahead and stick to your uncultured Brett Ratner favorites.

But if you so please, the 2010 USA-Australia Film Showcase is here in Los Angeles. Laemmle Theatres and Emerging Pictures present the first three titles of the showcase, which has already stopped in New York, Vermont and Coral Gables, Fla. Laemmle’s weekend morning series began Aug. 14 and runs until Aug. 29.

Accidents Happen, a dramedy revolving around a dysfunctional family who must learn to deal with tragedy, screened Aug. 14-15. Starring Geena Davis and directed by Andrew Lancaster, the film premiered at the Tribeca Film Festival in the United States and at the Sydney Film Festival in Australia.

The Waiting City screens the mornings of Saturday and Sunday, Aug. 21 and 22. Directed by Claire McCarthy, this film that premiered at the Toronto Film Festival follows a young Australian couple as they venture to India to collect their adopted baby. But when they can’t resist the hypnotizing powers of the exotic country, they are pulled in unexpected directions.

Charlie & Boots set a new record in Australia when it had the best opening weekend for any Aussie film when it was released on Father’s Day in Australia. Directed by Dean Murphy, the film looks closely at depression and how far one son goes to bring his father from its depths. It screens the mornings of Saturday and Sunday, Aug. 28 and 29.

It’s a solid lineup of authentic Australian gems, and though there may be no "Crocodile" Dundee, it’s still worth giving it a shot.