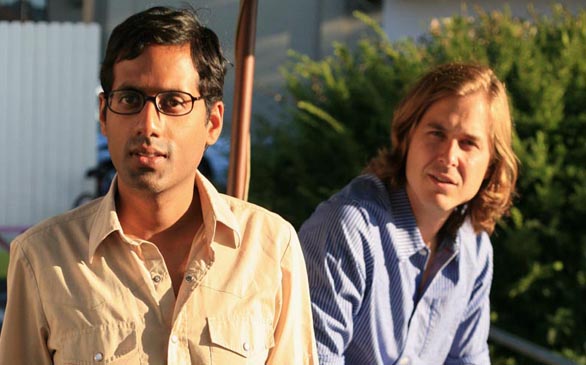 Time moves on, but some things stay the course. For example, indie-pop duo David Dewese and Jerry James, better known as the Foxymorons, who continue to craft memorable material suffused with 1990s influences. Five years after their last album, Hesitation Eyes, the Foxymorons have returned with their fourth release, the succinct 34-minute Bible Stories.

Like previous outings, Bible Stories ranges from heavy-hitting indie rock (the Dinosaur Jr.-ish “Say It Aloud,” complete with J. Mascis-esque grunge guitar) to fuzz-drenched guitar pop (the Weezer-like rant “Sick of California,” which also quotes the Beach Boys). Lurking below the hospitable sheen of head nodders such as punchy “We All Crawl” and swaggering “Out of Control,” however, are dark tales of obsession, broken-hearted ennui and inner turmoil.

The Foxymorons’ only stumble is studio outtake, “All You Ever Wanted,” otherwise, this is a smart set of bright indie-pop tunes with stinging undertones.