S. Carey: All We Grow 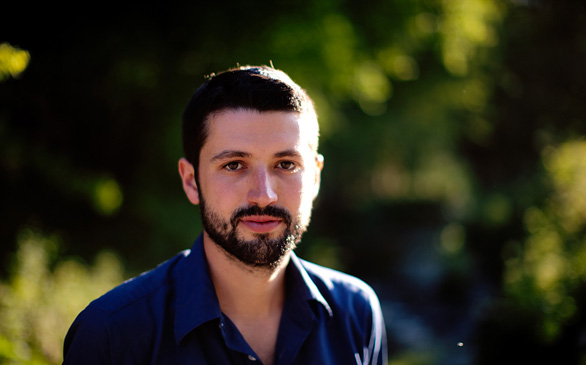 There is a midsummer night’s quality surrounding Sean Carey’s solo release, All We Grow. As drummer for Bon Iver, Carey’s album enlists the same calming sounds of soothing arrangements and themes of yearning love, however, All We Grow acts more as a symphony employing a range of musical accompaniments of trumpets and cellos, with most of the haunting melodies stemming from piano arrangements and chorus harmonies in the background; at one point, a flute solo is introduced and slowly fades away closing one song.

The second track, “We Fell,” starts off with Carey singing as if strolling down the street, the high beating notes of the piano provide the perfect soundtrack to driving down a highway or sitting in a park mid-afternoon simply pondering. Carey’s voice, by itself, is haunting and almost whispering when he sings, “You’re my only hope” in “Mothers.” The song starts off with a slow-moving bass that, as the song continues, is joined by cellos and angelic choruses singing their “aahs” in the background; by the end of the song, the singing fades off into a catharsis of fast guitar riffs, bass and drums.

All We Grow holds the same themes of Bon Iver, of pensive thinking and lost loves, but is musically different. Carey’s inspiration is definitely of a natural quality singing of a “love-locked landscape” in the track “In the Stream,” and crosses the same themes of earth and nature throughout the album. In total, Carey’s music is angelic and ethereal, calming and relaxing, like a lullaby where you’re not quite asleep or awake. Most of All We Grow plays slow and soft, where the pace only picks up at the end of certain songs. Keep this album for times of quiet bliss.

All We Grow is currently available.