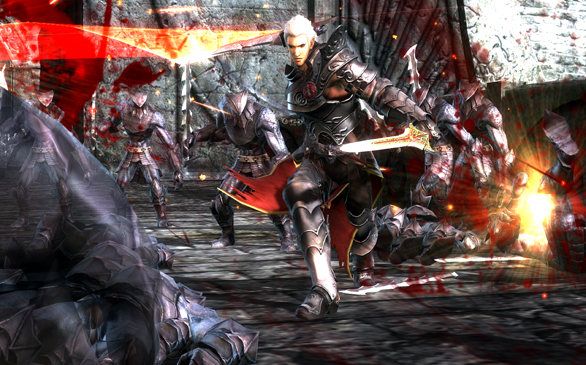 You'll quickly get caught up in the battle of slaughter in "Ninety-Nine Nights II."
(Credit: Konami America)

Let’s face it: Games are expensive. When you want to try out the latest big budget title, you are probably going to be plunking down 50 or 60 bucks. Granted, games are becoming bigger and more cinematic, making them far more like interactive big-budget films. So, since you are paying double what you would for a two-hour movie in theaters a decade ago, it stands to reason that you would be willing to pay twice as much for a game.

Of course, if you’re planning on spending more than half a Benjamin on one game, you don’t want something that is going to run out of steam after a few hours. My typical solution to this problem is to enjoy the greatest of the bargain titles, but sometimes, you just want to enjoy a game that works for the higher price. To this point, I offer two full-priced games that are guaranteed to keep you playing for hours on end.

When I first purchased the original “Shin Megami Tensei: Persona 3” for the PlayStation 2, I was blown away. This uniquely Japanese game featured an incredibly strange mix of traditional, turn-based role-playing and high school social simulation games. The action of the game comes from the traditional tower-climbing-style RPG where the monsters become more difficult as the player climbs, but your character evolves and grows stronger by forming social links with the people at your school.

The end result of this is that I found myself spending more time scheduling my in-game day – knowing when to meet friends after school, which days were sales at the mall and when to rush home to study – than I did actually fighting monsters. So, when Atlus sent me the review copy of “Shin Megami Tensei: Persona 3 Portable” for the PSP, the memories of hours spent trying to keep random classmates happy came rushing back to me with a truly bittersweet mix of emotions.

Fortunately, the game does not rest on its laurels. If you have never played the PS2 original, you can still follow the story of a young man who discovers that he can summon Personas to help him fight the shadowy creatures who stalk an ominous tower during a hidden, dark hour at midnight. Veterans can take the story from a whole new perspective with the introduction of a female main character. The game also introduces some tweaks to the gameplay and graphics, all of which help to keep the game fresh, even if you have already beaten the original.

Be warned, however, that just because it’s on PSP, it doesn’t mean that the game is remotely casual. The constant relationship management and slow nightly climbs require time and devotion. If you have the patience, you will be rewarded with a true gem of modern role playing.

If slow development isn’t your thing, then “Ninety-Nine Nights II” for the Xbox 360 may be more to your instant gratification tastes. Like the previous title, “N3 II” places your anime-inspired hero in a battlefield against hundreds of swarming enemies. Getting combos of 50 hits in just a few sword slices is not unusual as enemies run directly at you in the hopes of getting a couple of hits in before you effortlessly slice them and dozens of their companions in half. The end result is that you will quickly get caught up in the ballet of slaughter.

While it may take less than a second to slice down a battalion of foes, the game sends you across massive battlefields with multiple intense ambushes. Each quest is a war of attrition where the constant waves of enemies may only slightly chip away at your health, but after 20 waves of enemies, you may suddenly realize you are almost dead. Between this and many hidden enemies, which feature more intense challenges and stronger foes, one level can easily take a half-hour. Combine these half-hour slogs through foes with multiple heroes – each with their own campaigns – and you have tons of gameplay for the price.

As a note, fans of the original may find “N3 II” a bit different from the original. It may feature the same fantasy-inspired “Dynasty Warriors”-style gameplay as its predecessor, but this title is immediately far darker – both in storyline and graphic style – and more character-management heavy. Everything feels a bit less grand and a bit more confined, but the addition of new magic options greatly expands the combat experience.