Reno Comes Up Aces: At the National Championship Air Races and Air Show 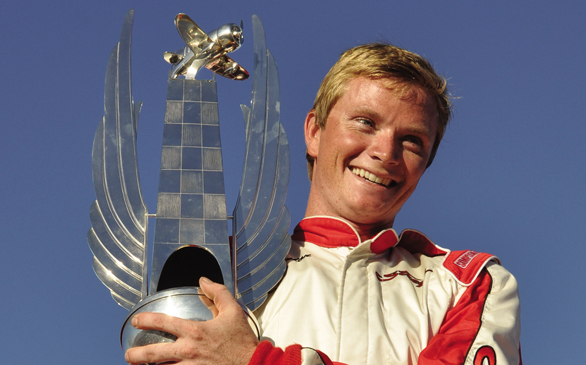 Everyone who visits Reno, Nev., knows that the city is a great place to gamble. Reno is, after all, the birthplace of gambling giant Harrah’s, and their casino is just one of many located in the “Biggest Little City in the World.”

The thrill of indulging in a game of chance is not, however, the only attraction that Reno has to offer. Sports fans come for the Reno-Tahoe Open – played on the Jack Nicklaus-designed course at Montreux Golf and Country Club – or to watch cowboys rope and ride during the Reno Rodeo. Some come for the colorful spectacles of the Hot August Nights classic car show or the Great Reno Balloon Race, while others rumble into town on Harleys for the Street Vibrations Fall Rally. None of these things is what brings Steven Hinton to Reno, but he does arrive flying high and looking for fast action!

Every September, Reno says goodbye to summer in spectacular fashion when it hosts the National Championship Air Races and Air Show. Pilots that come to the high desert to compete in six race categories put on a show that keeps spectators breathless as they zoom around the pylon course set up at Stead Airport, flying at speeds approaching 500mph, sometimes wingtip-to-wingtip with other aircrafts.

Those competing in the Unlimited Gold Class this year will try to outfly defending champion Hinton, a 22-year-old native of Chino who is the youngest pilot ever to win in that class. Hinton flies a highly modified P51 Mustang, a single-seat fighter plane of World War II vintage, for Team Strega. And while Hinton will provide many of the top thrills at this year’s event, other aces will light up the sky racing biplanes, sport and super sport aircrafts and modified T-6 fighters. These are all propeller-driven planes, but there’s a separate category for jets where aces roar around the course in L-39 trainers, L-29 Vipers and de Havilland Vampires.

Between races fans of the world’s fastest motor sport are entertained with flyovers by all sorts of crafts, including this year an appearance by the Canadian Forces Snowbirds, a nine-plane show team. Aerobatic and stunt flyers are always plentiful and these teams put on shows that go way beyond the typical loop-de-loop and barrel roll demonstrations of yore.

Aircrafts of all sorts and vintages are on static display on the tarmac, and there are plenty of meet-and-greet events too, so fans who attend all five days of racing have lots of opportunities to chat with pilots. What more could an air show fan ask for? There might be one thing.

While some folks who come to the air races in Reno may wish to keep their feet firmly on the ground, there are others who wish they could feel the rush that Hinton and the other aces get while competing in a race. There is a next best thing; quite a few pilots bring their T-6 fighter trainers to the show and many offer rides when personal and race schedules allow. These trainers have a second seat installed directly behind the pilot’s where there’s also a full set of controls – everything that’s needed to fly the plane. Sometimes the pilot let you momentarily fly the plane with these controls, and they also do certain aerobatic maneuvers with you onboard by special request. If you want to include this unique thrill in your visit to Reno, it’s best to make arrangements in advance or at least as soon as you get to the air show.