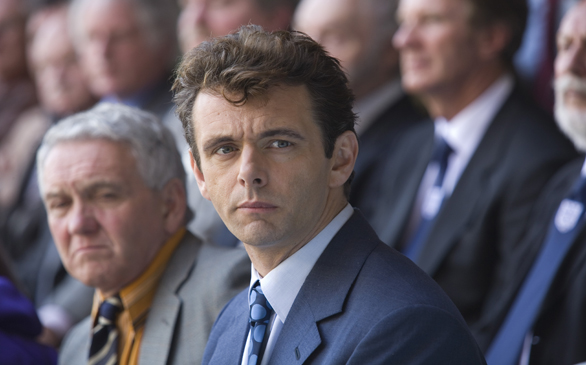 Biographical film, or the biopic as it has come to be informally referred to, is what has slowly crept into our award-processing mentalities as a viable movie genre and has likewise swept several recent award seasons. It’s harsh of me, but I say this out of hypercritical love and a captious appreciation: Biopics can be a bit lazy. With the studio system trying to function correctly amid an economic crisis, a war and the onset of a cross-promotional web of destruction (or as I like to call it, the “Hannah Montana” syndrome), hot-out-the-oven, fictional material is just hard to come by. I let adaptations slide this week, but only because I tend to enjoy a good book-to-movie film if it’s done right, which is always the conundrum.

Thankfully, at this moment, biopics are on the decline after the Oscar success of Ray, Walk the Line and Monster. What do all of those films specifically have in common? The main actor or actress (Jamie Foxx, Reese Witherspoon and Charlize Theron, respectively) received the highest honor that can be bestowed on an American actor. Which is kudos to them because I think we all enjoyed their renditions of other people’s lives.

But you have to remember that they have something to work with. They have YouTube videos, articles and often, firsthand experiences with the subjects themselves. It’s not like they have to fully create a persona, a mentality, mannerisms and idiosyncrasies of a person who doesn’t exist, who didn’t write an autobiography explaining in excruciatingly painful detail what his/her motives were for killing or for writing that recipe or for cheating the government out of those billions.

There is an art to biopics, and it’s called impersonation. Michael Sheen has done it several times and quite successfully if I do say so. You might recognize Sheen from the Oscar-winning biopic The Queen, in which he played British Prime Minister Tony Blair. He also played journalist David Frost in the critic-happy film Frost/Nixon, which is a dramatization of the Frost/Nixon interviews of 1977. He also played another real person: Brian Clough in The Damned United, a sports drama about the rise and fall of the Leeds United manager. Other non-biographical films you may recognize him from include his more serious work in The Twilight Saga: New Moon as well as the voice of the White Rabbit in Tim Burton’s recent adaptation of Alice in Wonderland.

Anyway, Sheen isn’t just a really cool guy because he’s been a vampire, a rabbit and Tony Blair in the same decade and because his ex-girlfriend is Kate Beckinsale and because he chose acting over a career as a football (soccer) star. The Welsh thespian seems to have mastered the art of impersonation, which I just so thoroughly debunked and took out with the trash. Not really, I’m going easy.

However, awards should not rain on actors who successfully portray the real life of just one person. The greatest skill is being able to remaster your own habits and acquire those of other people when the role asks for it. Not just when you want to win an Oscar.

There was one more biographical film that stars Sheen as the lead, but there is a slim chance you’ve ever heard of it. Luckily, it’s being screened on Thursday, Aug. 26, in our own Santa Monica at the Aero Theatre. It is a rare U.S. double-bill screening of Carry On Camping, the 17th film in the famed, bitingly comedic British series and “Kenneth Williams: Fantabulosa” which stars our man Michael as, who else, but the title figure Kenneth Williams, the star of the Carry On films. If that’s not enough, a Q&A with Sheen follows the screenings.

The Carry On films were the most commercially successful long-running series of low-budget comedy films ever released in the UK. “Kenneth Williams: Fantabulosa!” is a 2006 BBC Four television play based on Williams’ own diaries. Though awards don’t always make or break a film, Sheen’s performance won him a Royal Television Society award for Best Male Actor. I can’t help but feel this guy deserves that and more.