Sons of Anarchy, The Evil Dead and More 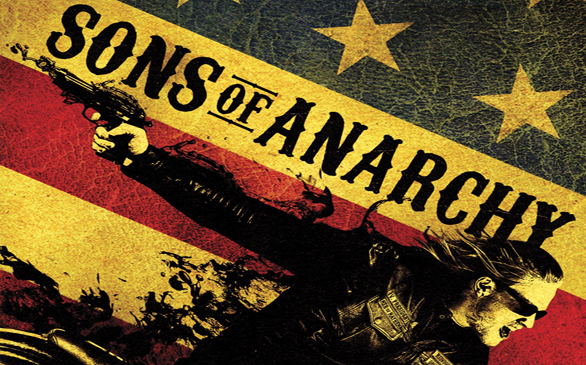 The Idiotbox: Sons of Anarchy: Season Two takes you inside the high-octane world of an outlaw motorcycle club. Charlie Hunnam (“Undeclared”) stars as Jax, the stepson of the gang’s leader (Ron Perlman). Together they run guns and protect their town from drug dealers and corporate developers. But Jax’s loyalty to the gang flags with its increasing lawlessness.

Based on the best-selling series of novels, The Vampire Diaries: The Complete First Season follows two vampire brothers, one good and one evil, as they fight for the soul of a beautiful girl who’s a dead ringer for the woman they both loved centuries ago.

Patricia Heaton returns to TV as the harried Indiana matriarch of three slightly dysfunctional children in The Middle: Season One. Neil Flynn (“Scrubs’” janitor) co-stars as her husband.

Under the Radar: An epic decade-long crime saga, The Red Riding Trilogy tells the true story of the Yorkshire Ripper. Beginning in 1974, the first film introduces a young journalist who sets out to find the serial killer the corrupt police can’t or won’t. What follows is a crime epic of singular scale and ambition.

Michael Caine returns to the kind of gritty role that made him a star in Harry Brown. Caine plays a lonely aging veteran who is surrounded by a nightmarish modern world of drugs and violence. When his friend is murdered, Caine gets his Death Wish on and decides to fight back.

Also available: Dorian Gray with Colin Firth, Addicted to Her Love, A Quiet Little Marriage, Made for Each Other, Woodshop with Jesse Ventura

Foreign Fare: 9th Company is an intense Russian war film set during the Soviet conflict in Afghanistan. The film follows a platoon of draftees stranded in unforgiving terrain, gradually succumbing to an unstoppable force, unaware that the war has officially ended. The film won the Russian Oscar’s Best Picture award.

OSS 117: Lost in Rio is the sequel to the hilarious French spy spoof.

Stranger Than Fiction: Three new docs tackle important issues. The Lottery follows four families from the Bronx and Harlem as they enter their children in the charter school lottery, hoping to escape the failing public schools in their neighborhoods and give their kids a future.

Narrated by Martin Sheen, Water Wars illuminates the precarious position of poor countries in regards to water supplies and how First World exploitation and climate change are having a devastating impact on the Third World.

For My Wife follows Charlene Strong’s crusade for equal rights for same-sex partners. Barred from seeing her partner on her deathbed, Charlene was inspired to take her cause to Washington. It’s an inspiring and timely story.

Legends of the Canyon takes you inside the community of rock musicians living in the hills during the ’60s, from CSNY to Joni Mitchell and the Byrds. Home movies and rare, intimate photos bring to life a way far out scene.

The Jeff Koons Show examines the larger-than-life artist in all of his controversy.

History Channel’s Instant Expert is a kind of documentary CliffsNotes on subjects ranging from Benjamin Franklin to the history of oil.

Blu Notes: Sam Raimi’s horror classic The Evil Dead comes to hi-def. With low-budget cinematic pyrotechnics, Raimi announced himself as one of the most inventive and kinetic of modern filmmakers and introduced the world to the glory of Bruce Campbell.