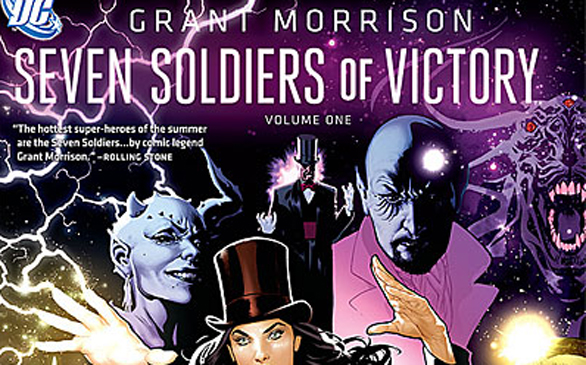 Leave it to Grant Morrison to continue to find new ways to approach something so timeworn as the superhero genre. In this epic tale, he puts a spin on the superhero team by never having its members actually meet.

Morrison culls his squad from the tangential regions of the DC universe. In this first of two hardcover editions, we meet the first four Soldiers: the Shining Knight, the Guardian, Zatanna and Klarion the Witch Boy. Each of the soldiers sets out from their separate universes and starts to converge, drawn by the same sinister force that threatens the world.

Morrison’s imagination dwarfs others in his field.