India Eisley: Not Your Average Teen 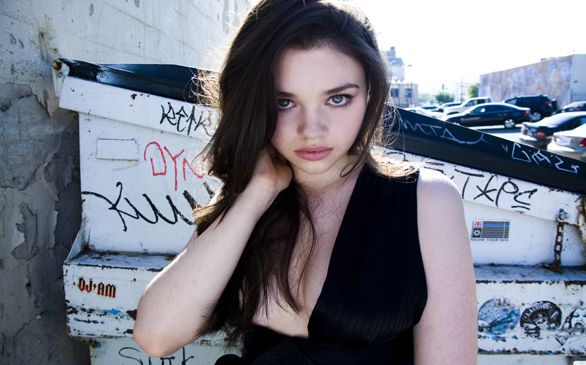 With TV star India Eisley, what you see is what you get. She’s just a down-to-earth celebrity with no secret life. Eisley, who plays the rebellious Ashley Juergens on “The Secret Life of the American Teenager,” is still young, but she seems to handle her stardom better than most teen queens.

Eisley centers her attention on the work itself rather than the tabloids or the fame.

“I’m trying to focus on films. That’s really why I started acting, because I love movies,” says Eisley. “I see almost every film that’s released. I go to the movies at least twice a week.”

Ignoring the trend of teen celebs who party every weekend and try to get into as much trouble as they can, Eisley admits, “I love going to bookstores. I’m also starting to sew. I have a very old Singer sewing machine from the ’50s, which I bought on eBay.”

Eisley definitely fits the bill for the perfect girl to bring home to mom and dad. However, she hasn’t found the perfect guy to meet her folks just yet.

“I’m not pushing it away at all, but I’m quite focused on work for the time being. There’s plenty of time for that in the future.”

Despite Eisley’s differences with her character, she is thrilled about this upcoming season of “Secret Life.”

“This season it has been more interesting to play [Ashley] because she is starting to kind of lose her security,” she says. “It’s as if she is slowly unravelling emotionally. I hope to continue seeing the different layers to her, and see her more vulnerable side.”

Ashley Juergens is also attracting interest off screen. The character was adapted into a book, The Secret Diary of Ashley Juergens, for fans to enjoy.

“The Secret Life of the American Teenager” airs Mondays at 8 p.m. on ABC Family.