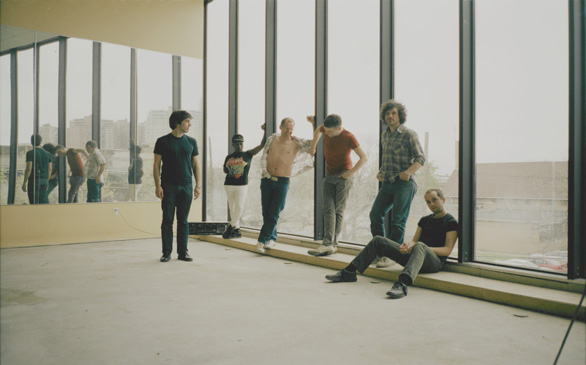 The seventh annual FYF Fest kicks off in Chinatown Labor Day weekend and packs three stages full of today’s hottest indie music and comedy acts. Enjoy your three days off from school or work and come to the Los Angeles State Historic Park starting at noon on Saturday, Sept. 4.

The Rapture headline this year’s installment alongside Panda Bear of Animal Collective fame. With more than 30 acts and 15 comedians to catch, it’s the perfect getaway without getting away from the city. The lineup is stronger than other L.A. festivals; the variety here packs a punch and makes the $30 price tag reasonable.

Among the hottest acts to play are !!! (Chk Chk Chk) and Ariel Pink’s Haunted Graffiti. Brooklyn-based !!! are back with a new album, Strange Weather, Isn’t It?, and with it a long new tour with Los Angeles as its second stop.

Frontman Nic Offer admits Los Angeles is a spot the band likes to play because of its energy. Whether it’s a festival spot or a headlining date, !!! bring it. Although a full !!! show won’t be possible until winter or spring, Offer has this to share: “I think [a headlining date is] possible. We’re just doing [FYF Fest] and hopefully we can get back. L.A.’s always been one of our great, great shows on the tour. The crowds are usually great there.”

Make sure to catch their New York dance punk grooves, but if that’s not really your style, check out the retro pop stylings of Ariel Pink’s Haunted Graffiti. Before Today dropped in July, and the band did too at Echoplex for a sold-out show. Whether you haven’t heard enough from them or can’t get enough, check them out at FYF. They’re one of Los Angeles’ newest acts, and they’re garnering worldwide attention. With so much talent in your backyard, it’s worthwhile to find out what everyone’s talking about.

“I just synthesize everything I’ve ever been into ’cause I see a thread through everything I’ve been into since I was a kid. I’m pretty all-inclusive. I want to be a distillation of the vast things that I like,” Ariel Pink shares.

He’s a melting pot of ’60s psychedelic pop and ’80s New Wave with a modern twist. If there were a musical map to characterize Pink’s music, it would be drawn outside the lines with neon markers and a heart.

These are two very distinct acts, and the diversity of the entire lineup is sure to please any palate. But the FYF Fest isn’t just about music. It’s about getting great food and booze! This year’s installment features two beer gardens and a VIP area that is overseen by the Cha Cha Lounge. The hipster bar agreed to handle the reigns over the serious poisons this year. If you nab VIP passes, expect the same great food and added bonus of the liquors other patrons can enjoy, all while relaxing in the shade and listening to distant, great tunes.

It’s recommended that festivalgoers take public transit. The park is within walking distance of the Metro Gold Line’s Chinatown station. Parking costs more than the Metro ticket ($1.50 one way). If you’re coming from the Valley or Pasadena, you should know the last train northbound departs at 11:58 p.m. Ride at your own risk if you’re the type of music lover who likes to leave after the floodlights come on after the last act. And really, it’s the Rapture, so it’s going to be packed.

If you’re vegetarian or vegan, there are plenty of options in addition to the carnivore-heavy food offerings. There’s a little something for every mouth. There are also dozens of record vendors on hand to sell vinyl and silk screeners. Carnival games also abound. Bring your creativity and your wallet. Stimulate your local economy and enjoy a great day under the L.A. sun.