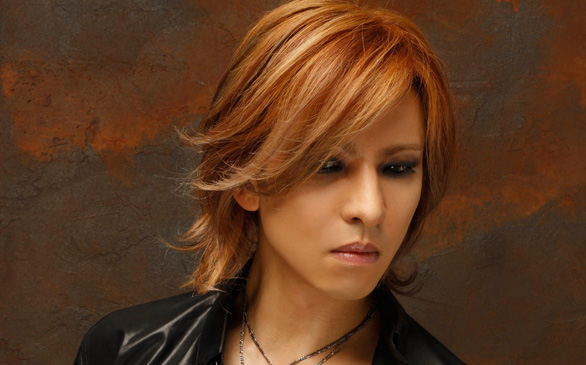 They’ve sold 30 million records and DVDs, filled the 50,000-seat Tokyo Dome a record-breaking 18 times and pioneered Visual-Kei, the Japanese music movement that helped spark the current worldwide anime craze. Their leader, drummer and songwriter Yoshiki, has been called “the Bono of Japan.”

Now X Japan, the biggest rock band in Japan, is set to see if they can duplicate their success in the states as they embark on their first-ever tour of North America and ready their debut English-language album. According to Yoshiki about half of the album is newly-written material while the other half features some of the band’s most popular songs re-recorded with English lyrics.

The band’s music has been described as a mash-up of Guns N’ Roses and Queen, and the first taste of X Japan working in English (a single entitled “Jade”) is available now. The album won’t see release until early next year, but Yoshiki promises that you’ll hear a good portion of it being previewed live if you attend the X Japan show at the Wiltern Sept. 25.

Win Vinyl from Give Praise Records

The contest promotes the label’s new vinyl releases from Lord Green, Murder-Suicide Pact, Apartment 213 and Nothing is Over. Get your entry in at Interpunk.com/contests by Sept. 7.

Whenever a concert is held outdoors you can rest assured that Mother Nature will be in attendance, and she might be in a bad mood. The forecast for this weekend’s FYF Fest at the Los Angeles State Historic Park calls for strange weather because there’s a !!!-front moving in.

!!! lead singer Nick Offer says that the just-released Strange Weather, Isn’t It? embodies the changes that the band has recently gone through after losing drummer Jerry Fuchs in a tragic accident last year and the subsequent departure of three other members.

“There’s definitely a darkness to this record,” Offer says. “It just comes out how it will; it’s a reflection of where we were and what we were going through.”

KCRW.com is streaming Strange Weather, Isn’t It? through Sept. 14 so you can listen to the whole album before you see !!! live at FYF Fest Sept. 4.

Audio technology manufacturer Sennheiser launched an online portal called HearIAm back in June and ever since it’s been providing musicians and fans some unique opportunities. Most recently, an up-and-coming band (Kansas City’s Trucker) was awarded the chance to play at Montreal’s Osheaga 2010 Festival and this October Sennheiser will award another act a coveted performance slot during the prestigious CMJ Music and Film Festival in New York.

HearIAm is simple and fun to use; musicians upload new music for fans to discover, and fans in turn cast votes for their favorite performers. Besides the performance slot musicians can also win a demo recording session and $10,000 in Sennheiser gear. HearIAm rewards fans too; frequent voters are entered in a drawing for a V.I.P. concert experience for four persons. heariam.com.

Tickets are now on sale for this fall’s Fearless Friends Tour 2010. The tour is a showcase for the hottest acts on the Fearless Records label: Mayday Parade, Breathe Carolina, Every Avenue, Artist Vs Poet and Go Radio. Detroit band the Victorious Secrets, currently unsigned, will also appear on select dates during the 40-stop tour, and Fearless will be having lots of contests leading up to the local show at the House of Blues Sunset Strip Nov. 17. Find all the details at fearlessrecords.com.