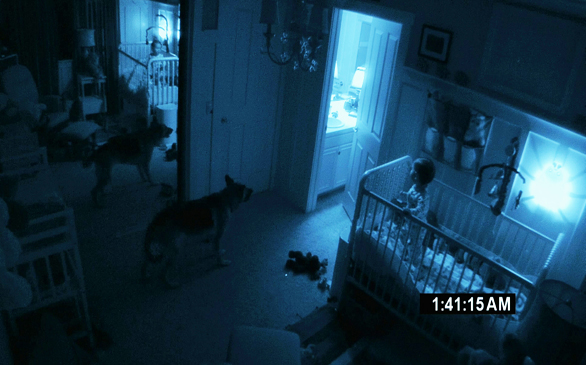 You may not know what it is, but you’ve definitely seen it. In the last several years we’ve seen a reemergence of this style of filmmaking to the point of creating its own genre in the commercial marketplace. Personally, I’ve found the recent films done in this style to be among the most creative out of most of the films that have come out of this past decade.

I searched around on the Web and found a bunch of different definitions for the term, but the best one to me was: “A style of cinema that appears to be realistic, showing ordinary people in ordinary situations, speaking normal dialogue.” Basically, cinéma vérité is when the camera and the cameraman are participants in the story, and the actors/characters in the film are aware of the presence of the camera.

Documentary filmmaking is a type of cinéma vérité, but what I’m focusing on here is when the people, places and events in the film are purely fictitious. Michael Moore’s films walk the line between documentary and cinéma vérité, but since his films are about actual things, they’re more documentaries to me. What I love about this style of filmmaking is the creative possibilities that it opens, and what some of the filmmakers who have been bold enough to approach it have done with it is friggin’ awesome.

My first experience with this style was The Blair Witch Project. I had never seen anything like it, and neither had anyone else. It was so real and unique, the studio was able to structure the marketing of the film around whether the film was actually real or not. By inserting the camera into the story and making it a character, the events portrayed had an added sense of reality to them that you just can’t get from traditional movies.

My next experience was a French film titled Man Bites Dog, which told the story of a film crew that followed around a serial killer as he selected his victims and murdered them. I then discovered the work of one of modern cinéma vérité’s most important figures: Christopher Guest. Guest started with This Is Spinal Tap directed by Rob Reiner in 1984 and carried the style through four more pictures which he wrote and directed: Waiting for Guffman, Best in Show, A Mighty Wind and For Your Consideration, the last of which was in 2006. His blend of comedy with fictional documentary style realism was nothing short of genius.

With the help of “Curb Your Enthusiasm” director Larry Charles, Sacha Baron Cohen continued and improved upon Guest’s work, starring in two cinéma vérité-style films: Borat and Brüno. Both were based on characters from his HBO show “Da Ali G Show,” and both films provided an incredible alternative movie experience from traditional fare. While Guest’s films featured all actors, Cohen’s films were split between actors and regular people who were unknowingly the punch line of the humor.

After Blair Witch, the playing field was still wide open for more cinéma vérité-style horror films. In 2008, director Matt Reeves and super producer J.J. Abrams made what is probably the biggest cinéma vérité film ever. Cloverfield told the story of a group of kids documenting their escape from Manhattan as a massive creature tore it apart. After pioneering the zombie genre, George A. Romero (Dawn, Day, Land of the Dead, Night of the Living Dead) would make use of the technique by making a film about a group of people documenting their attempts to survive a zombie infestation called Diary of the Dead. The biggest sleeper hit of last year was Paranormal Activity, a brilliant film about a couple who rig their house with a camera to see if the wife is being stalked by a demon. Not only was the use of the technique extremely effective, it was a great film.

Just recently I saw The Last Exorcism, directed by Daniel Stamm and produced by Eli Roth. Yet again, another film that takes much treaded territory (exorcisms) and breathes new life into it with the use of the cinéma vérité style.

I think we have a lot more great films of this kind to look forward to as long as people are willing to be open and embrace it. Now all we need is someone to give us that cinéma vérité superhero film…