The Acorn: No Ghost 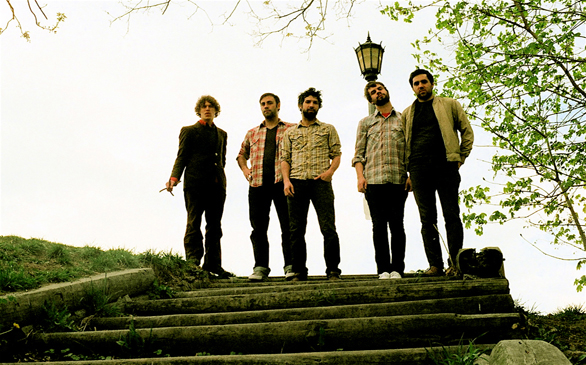 The release of Canadian music has never been better for 2010, and the Acorn prove to be another magical indie-folk gem to fall into our hands from the land of fur traps and leafy forests. This five-man band from Ottawa takes an innovative approach to the folk genre by creating a grander musical scheme to the traditionally simpler, somber folk sound. It’s kind of like a folk meet-and-greet with other musical forms: Folk meets orchestra, folk meets rock and even folk meets African jungle.

Since 2003, this band has been a hit on Canadian rock charts, signing with the same label as Stars and Tokyo Police Club. The band is due its recognition here in the States for its unique blend of instruments, including the vibraphone, keys, cello and gourd guitar, to name a few. What you get is something magically contemplative on No Ghost, which ranges from traditional ballads to all-out rock grandeur like in their track “No Ghost,” showcasing the best of what the band has to offer, including jungle-like percussions and the sounds of distorted violin that would make any forest nymph dance happily.

Reminiscent of their 2007 hit “Crooked Legs,” “No Ghost” starts off slow and crescendos into a festival of drumming and unique beats that sound like water echoing above string quartets. Even with these songs, the band is able to incorporate traditional folk roots with beautiful guitar solos plucking simultaneously as best heard in the mystical odyssey of “Misplaced.” While some songs stand out, many other ballads seem to pass the listener by, pretty to hear but not as memorable as others. The Acorn are at their peak when they add and reshape the traditional folk ballad, because when they do, it’s sure to be heart-pounding.


No Ghost is currently available.
Article posted on 9/7/2010
This article has been viewed 1315 times.