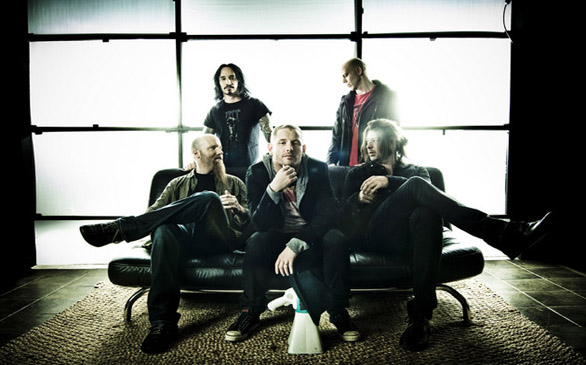 Excellent opening track. “Mission Statement” not only sets the tone for the album, but for the tour that’s happening right now (See them at Verizon Amphitheater Sept. 17.). The energy in frontman Corey Taylor alone is a sight, but add to that Roy Mayorga on drums and you have the start of something powerful.

The tracks have an anthem-like quality to them, but that’s primarily to the credit of James Root and Josh Rand on guitar and also backed by bassist Shawn Economaki. The music really presents a solid front and accompanies Taylor’s voice.

You’ll find the better songs on this offering at the start and end of the album. The middle gets a bit redundant, but the power ballad breaks it up nicely. And yeah, power ballad … Taylor has resurrected a type of song that saturated airwaves not too long ago and given it a new take. Instead of sappy and pathetic, this is honest and has the potential to evolve into something really unique.

The big news on this record is Taylor’s voice. He shows off his range nicely and still leaves hints of his roots in Slipknot throughout the collection. In mentioning Slipknot, one has to wonder what will come of the band since the album requirement has been fulfilled and a main contributor to the sound has passed on. Will Stone Sour get to make two albums in a row?

Either way, this is a great addition to your fall collection.


Audio Secrecy is currently available.
Article posted on 9/7/2010
This article has been viewed 1341 times.