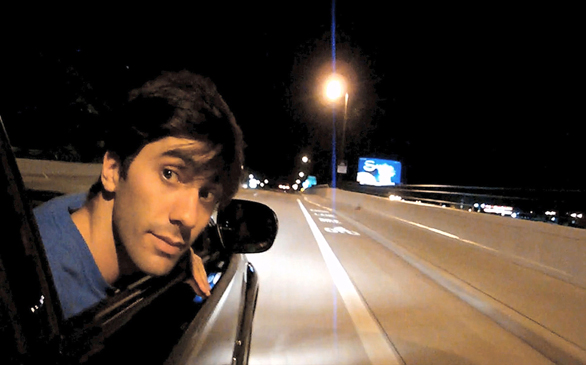 The oldest form of filmmaking is the documentary. Before even basic special effects, before scriptwriting, before crazy camera angles, the premier filmmakers were worried about one thing and one thing only: the image. Worth much more than a measly thousand words, the image in motion was a feat that no one at this time was able to harness. The Lumière brothers scared audiences out of their seats by filming a train approaching a French station. Terrified that the locomotive was going to run them over, the people physically jumped from their seats and made their way hastily to the exit. I bet the producers of Saw wished getting a scare out of audiences was that easy.

Another film followed workers coming in and out of a factory. Can you imagine paying to see ordinary people walk to work? There is no plot or dialogue. There is hardly any action, but the documentation of real life is what first kept audiences captivated. Nowadays, documentaries have greater requirements and must tackle much more than people being people. After all, that’s what YouTube is for.

The documentary began to take form in the 1960s when investigative journalism was introduced in mainstream television in response to the growing civil rights movement, government corruption and continual anti-war sentiment. Harvest of Shame was one of the first to take on the plight of the American migrant worker. Powerful news duo Edward R. Murrow and Fred Friendly exposed the poor living conditions and incredible poverty of the workers to the shock on an uninformed nation.

Less serious issues were also examined by documentarians at this time. High School is a classic film that follows the tedium of high school life with little time spent in the editing lab. Instead, long sessions in the classroom allow the teachers to read the entire poem and cause the audience to fall asleep with the students. However, the film is also a time capsulated representation of life in the rocking ’60s.

Particularly in the past decade, there have been several documentaries that have raised the quality audiences expect in this genre of film. In Memoriam: New York City is a touching look at the events of 9/11, which was the most documented catastrophe in history and which makes for a visually pleasing retelling of the story our country only saw in ten-second news stories.

March of the Penguins was a break-out hit narrated by Morgan Freeman that showed the annual march of the Emperor penguins through the arctic landscape to reach their mating grounds. Academy Award-winning Man on Wire about Philippe Petit’s 1974 high-wire walk in between the towers of the World Trade Center brought an aesthetically cinematic element to the normally straightforward documentary. Michael Moore brought persuasion to his films in which a political topic is picked and peppered by Moore until you are convinced out of your opinion.

In celebration of the developments that documentary filmmaking has made, WESTDOC: The West Coast Documentary and Reality Conference is being held Sept. 13 through 15 in Santa Monica and gathers producers and directors of non-fiction/documentary and reality television programming with executives who fund and acquire such programs. Marketed as “FOR producers BY producers,” the conference culminates in a day dedicated to allowing filmmakers to pitch directly to the executives, known as PitchFest.

A special screening of Sundance Film Festival favorite Catfish will start the conference on Sept. 12. Filmmakers Ariel Schulman and Henry Joost created this reality thriller that is so much the more shocking because it is a true story and because it plays up to our fear of online identities and easy deception. Also, Joe Berlinger – whose most recent documentary, Crude, is the focus of an important First Amendment rights case – is the Non-Fiction, Keynote Conversation.

Last year, over 400 people attended the inaugural WESTDOC conference, which is open to all documentary and reality TV professionals. More than 100 industry speakers are expected to participate from companies like Discovery Channel, TLC, Animal Planet and National Geographic Channel.

Documentaries are slowly making their comeback, especially with the frustrating popularity of MTV reality shows (ahem, “Jersey Shore”). But this really is real life, and we need people who won’t mess it up.

For more information, visit thewestdoc.com.
Article posted on 9/7/2010
This article has been viewed 1621 times.