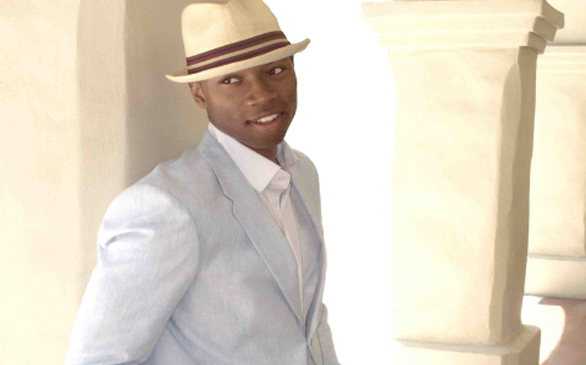 Robbie Jones is pumped to have a new television series to cheer about. “Hellcats” premieres on the CW this week.

On the show, Lewis Flynn (Jones) is a former football player who’s about to lose his scholarship at Lancer University in Memphis, Tenn. Per his girlfriend Alice’s request, he tries out for the cheerleading team. When Lewis makes it, he winds up really enjoying cheering as well as Marti, another cheerleader. Could a nasty love triangle be underway?

Off set, the cast seems to have a little less drama.

“Everybody gets along really well,” says Jones. “We all hang out, go to the movies. It’s great.”

The “Hellcats” cast and crew are currently shooting in Vancouver, though the show’s setting is Memphis.

Jones says, “From what I’ve seen and the way they’re shooting it, they’ve really done a number on it. I’ve driven through Memphis. It really does look like Memphis.”

Although Jones is cheering on the sidelines in “Hellcats,” it wasn’t too long ago that he was actually in on the action playing basketball.

“Growing up, I never had aspirations to be an actor,” admits Jones. “My focus was on making good grades and trying to make it to the NBA.”

Growing up as a basketball player, Jones got the acting bug in college. His basketball buddies were surprisingly the ones that told him, “Man, you should try it.” And he did.

Jones tells, “I started taking classes. I just fell in love with acting. My transition from basketball into acting was very seamless. I have no regrets. I’m really happy. I feel the Lord has led me down this path, and it has been a blessing every step of the way.”