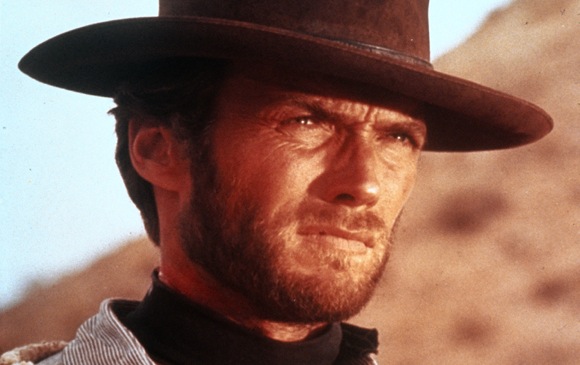 Each of the podcasts open with the main theme from Sergio Leone’s For a Few Dollars More.
(Credit: MGM Home Entertainment)

There are three types of people who watch movies and go to the movies. The first type: those folks who view movies as simply entertainment to pass the time. They like movies but aren’t necessarily “movie buffs.” The second type is the person who loves movies and is a movie enthusiast. They avidly go to the movies and possibly even have a collection of movies they love. The third type is the individual who lives for movies. Not only do they watch a lot of movies, but they re-watch lots of movies. They study movies and study the making of movies. They are head over heels in love with every aspect and facet of the filmmaking process.

I fall into the third category (as most of you already know), and today I’m going to talk about two other individuals who also fall into that category. I discovered a podcast last year called “The Hollywood Saloon” made by two extreme film enthusiasts named Andy Siems and John Jansen. Anyone who loves to discuss, dissect and analyze films should definitely check this out, and for anyone who wants to be a filmmaker, it’s required listening.

This is the definitive film discussion podcast. These two guys are college buddies, filmmakers and borderline film historians, and what’s so great about their work is that their only agenda is to celebrate their profound love of films and filmmaking and bring everyone else along for the ride.

Anyone who loves films as much as these guys do will feel like they’re right there on a couch with these guys, participating in the discussions. The topics discussed range from analyzing different filmmaking techniques of great directors and discussing the harmful effect of log jamming tons of films into the summer season to deeply insightful looks at some of the best film franchises in cinema history. All the baggage of the “business” of film sometimes makes people forget that at the heart of it all is an art form that has the power to affect people and do things that no other art form can.

As a filmmaker I’ve always been in love with film, but when I started listening to the Saloon, with each new podcast I learned so much more about the art and the craft of it and I discovered an even deeper appreciation for films than I had before.

And you know it was love at first listen for me when each of the podcasts open up with the main theme from Sergio Leone’s For a Few Dollars More. But would-be-listeners be warned, these aren’t your average 30 minute-long podcasts. No, the “Saloon”’s podcasts run anywhere between one hour and four hours. Hey, extensive film discussion requires a big canvas, man.

Sometimes their discussions of certain films run longer than the actual film they’re talking about. John and Andy make me fall in love with films each time I listen. The truth is, even though the movie business is a massive global industry, movies were not always designed to be disposable product made simply for the purpose of making money by committees and focus groups.

Whether you’re a filmmaker or not, if you’re interested in an education in film, you owe it to yourself to make “The Hollywood Saloon” a part of it. You can subscribe to the podcast at the iTunes store or you can download it right from the Web site (hollywoodsaloon.com).

Send feedback to screenshots@campuscircle.net.
Article posted on 9/7/2010
This article has been viewed 3465 times.