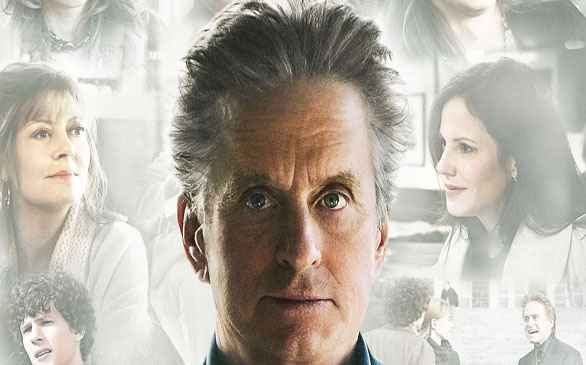 Under the Radar: Michael Douglas leads a stellar cast in Solitary Man. Douglas plays a successful Manhattan businessman who alienates his friends, family and business associates. With nothing left to lose, he sets out to put his life back together with the help of his old college friend (Danny DeVito). Co-stars include: Susan Sarandon, Jenna Fischer, Mary Louise-Parker and Jesse Eisenberg.

Funny Business: Mullet-sporting, gadget-creating MacGyver is parodied in MacGruber. Based on the popular “SNL” sketch, Will Forte stars as the one-man army brought out of retirement to find a nuclear warhead stolen by his arch nemesis Dieter Von Cunth (Val Kilmer). Along for the ride are “SNL”'s hilarious Kristen Wiig and Ryan Phillippe as an uptight cop.

Katherine Heigl and Ashton Kutcher are newly weds who discover their neighbors (Tom Selleck and Catherine O’Hara) might be assassins trying to kill them in Killers.

The Idiotbox: Travel back to a simpler time of “TGIF” with Cory, Shawn and a girl named Topanga in Boy Meets World: The Complete First, Second and Third Season. Cory (Ben Savage) navigates the pitfalls of junior high with the help of his wrong-side-of-the-tracks best friend (Rider Strong) and no-nonsense teacher/neighbor, Mr. Feeny.

While Jim and Pam juggle marriage, work and parenthood, the Scranton branch is introduced to their new ball-busting boss Kathy Bates and her Dobermans in The Office: Season Six.

Everyone’s favorite hapless spy returns newly upgraded and dangerous in Chuck: The Complete Third Season. The hourlong comedy follows a computer geek who inadvertently downloads government secrets into his brain. Now he finds himself in over his head as the nerdiest member of the CIA.

Clark Kent finally embraces his calling as a hero in Smallville: The Complete Ninth Season. In this season, fellow refugees from Krypton, led by Zod, attempt to claim Earth as their own. Plus, a slew of DC characters crop up, including the Wonder Twins, Zatanna and the JSA.

Who knew the secretarial world could be so cutthroat? Less Than Perfect: Season One goes behind the scenes at a TV news office as Claudia (Sara Rue) arrives to assist the network anchor and meets the infighting staff of eccentrics. Andy Dick and Eric Roberts co-star.

Chris O’Donnell, a chameleon agent of the Office of Special Projects, and LL Cool J, a surveillance expert, go deep undercover in the criminal underworld in the action-packed NCIS: Los Angeles – The First Season.

The Horror! The Horror! A gory throwback to the slasher flicks of the ’80s, Hatchet comes to hi-def Blu-ray in an unrated director’s cut. A tour group traveling the haunted swamps of the Bayou gets more than they bargained for when they run into Victor Crowley. Past ghouls Kane Hodder, Robert Englund and Tony Todd co-star.