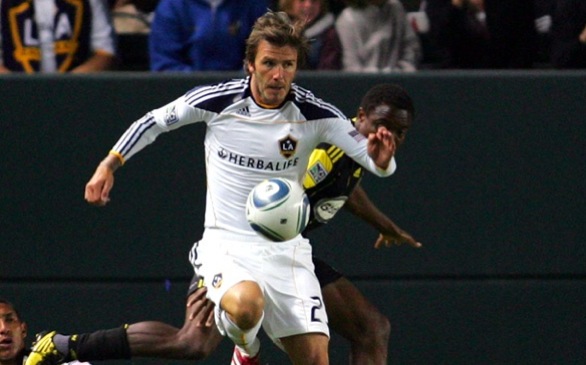 David Beckham officially returned to the Los Angeles Galaxy and made his 2010 debut in the team’s impressive 3-1 win over visiting Columbus Crew at the Home Depot Center Sept. 11. The Englishman played the last 20 minutes of the match after being out with an Achilles’ tendon injury since March 14.

“Being out there felt good,” Beckham says. “I’ve never been out of the game for such a long time. It’s been a quick recovery, and I’m happy with that. I thought I was ready for 90 minutes four months ago.”

Beckham’s return came sooner than expected, and head coach Bruce Arena acknowledged that after the match.

“It’s kind of remarkable that he’s back on the field in such a short period of time,” Arena states. “To put the kind of effort in to come back at his age is inspiring for our players to see. By the end of the season, we want him playing 90 minutes.”

The team’s captain Landon Donovan had something to say about Beck’s comeback as well. “I think we all believe that getting [David] back is going to be the best addition any team can make,” he points out. “At this point, if we play well, we are going to have a lot of players fighting for positions and it is nice to have a guy like him, not only on the field, but having another guy with his leadership helps a lot.”